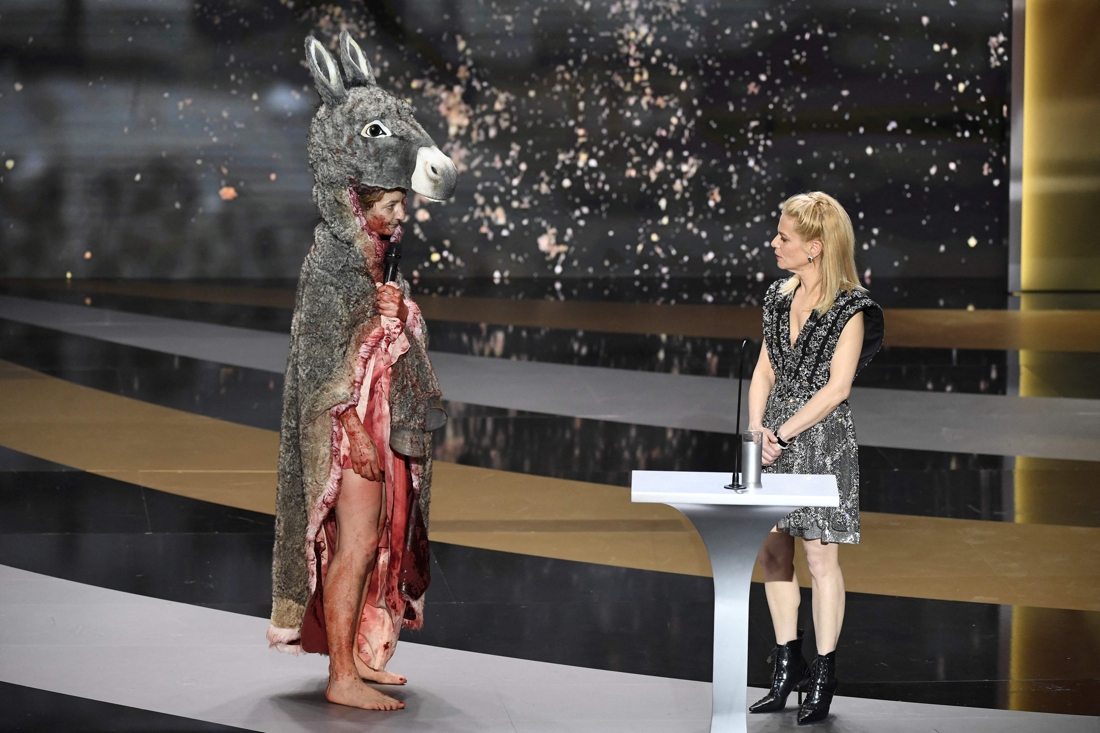 French actress Coinne Masiero went naked at the presentation of the Césars in protest against the closing of the theaters and cinemas.

With bare feet, in a donkey costume – referring to the movie Peau d’Âne from 1970 – covered in blood, Corinne Masiero entered the stage. The woman had to announce the nominees for the ‘best costume’ category. When Marina Foïs, presenter of the ceremony, indicated that she found the costume a bit ‘dirty’, the 57-year-old actress said that she had gone to the Théâtre de l’Odéon because she had no inspiration and that they had her that costume there. given. Since March 4, there have been demonstrations against the corona measures, which means that cultural events are no longer allowed to take place.

Let’s face it, who would Peau d’Âne finance, ‘the actress wondered just before taking off the costume. Underneath, the woman wore a robe covered with fake blood. She also took that dress off and then stood on stage completely naked with the words ‘no culture no future’ written on her body. On her back was an unmistakable message to French Prime Minister Jean Castex: ‘Rends-nous l’art, Jean!(Give us back the art, Jean!). Or for those who look at it phonetically: Rends-nous l’argent (Give us money back).

Other actors also made similar calls during the award ceremony. ‘My children can go to the Zara, but not to the cinema. It is incomprehensible, ”said Stephane Demoustier.

In her opening speech, comedienne Marina Foïs also lashed out at the French government. “They locked up our youth, closed our cinemas and theaters, forbidden concerts so they could open churches. Because we are a secular country, so old people could go to church. ”

Cinemas in France have been closed for more than three months.