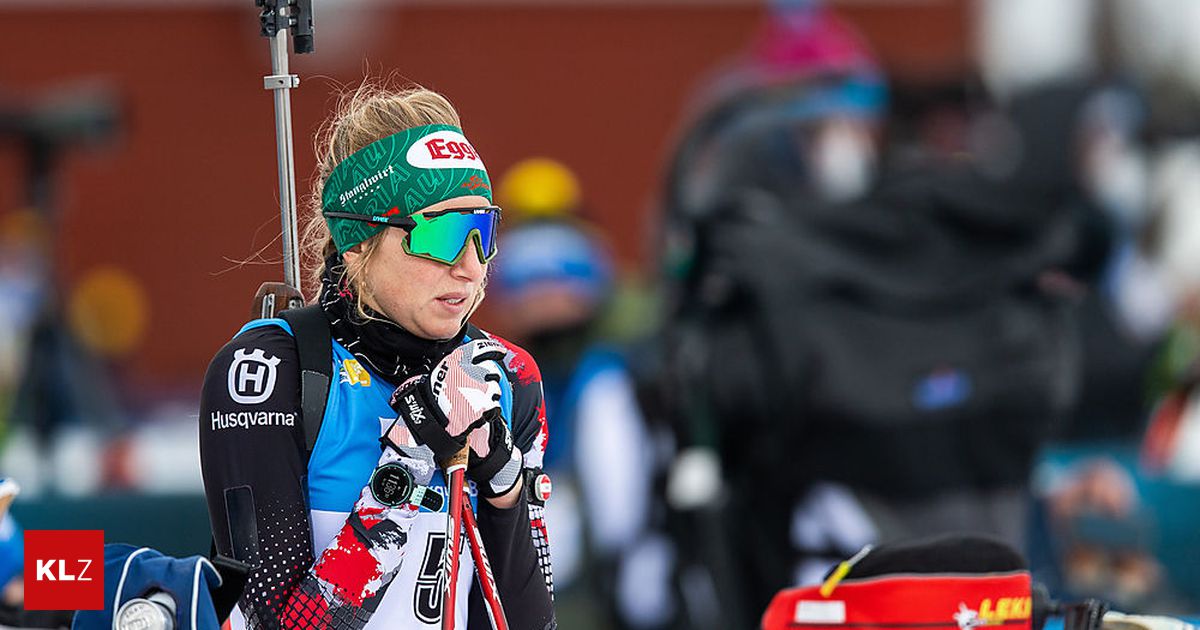 At the season finale in Östersund, Lisa Hauser did not get past 22nd place in the mass start in adverse conditions.

Biathlon world champion Lisa Hauser missed the discipline classification in the mass start in the last World Cup race of the season. The Tyrolean had to settle for 22nd place after seven penalties in Östersund in extremely difficult wind conditions. Dunja Zdouc also missed seven times in 23rd place. The small crystal ball for the mass start World Cup surprisingly won the Norwegian with the first World Cup victory of her career Ingrid Landmark Tandrevold.

Her compatriot had already been the overall winner of the World Cup Tiril Eckhoff established. Hauser finished her best season so far in the overall World Cup in sixth place, where she also landed in the mass start standings. The 27-year-old had already dropped from fifth after the sprint to 21st in the pursuit the day before. In the mass start, Hauser made four mistakes while lying down. After a faultless third shot, she waited a long time for the final shooting, but left three targets.

Zdouc was on the top ten course for a long time, but missed four goals in the last shooting. In the overall World Cup, the Carinthian came in 25th as the second best Austrian. The final 12.5 km competition had been postponed two and a half hours from 13.00 o’clock due to the strong wind in central Sweden, but was still characterized by unpredictable conditions. None of the 30 athletes made fewer than four mistakes.

Tandrevold came through relatively well with five penalties and triumphed in front of the Belarusian Djinara Alimbekawa and the Germans Franziska Preuss. Some big names have had serious problems. The Frenchwoman Julia Simon for example, who had led the mass start World Cup before the last race, dropped 15 of 20 targets and was last. Afterwards (start at 5:15 p.m.) the men completed their final season competition.