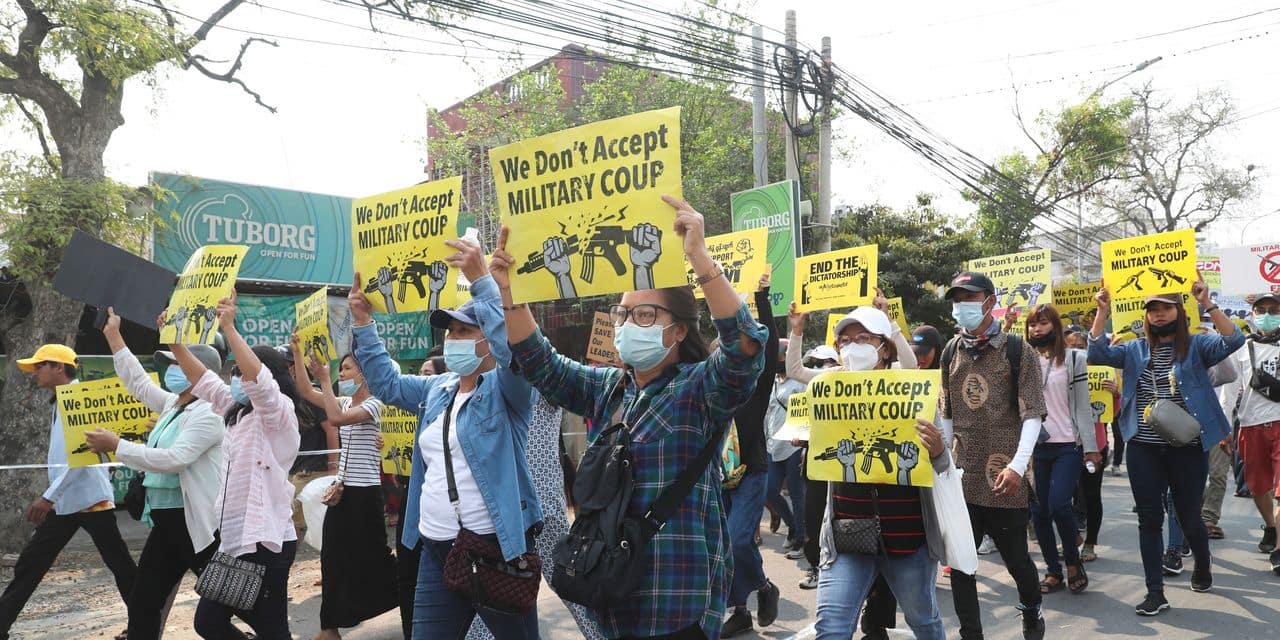 Two men and a woman were shot dead and 16 people injured in Myingyan, in the center of the country, a resident told AFP on condition of anonymity for fear of reprisals.

300 kilometers to the south, two protesters died after being shot fatally in the head and chest, according to another witness.

At least 44 protesters were killed on Sunday, the heaviest daily toll since the February 1 putsch.