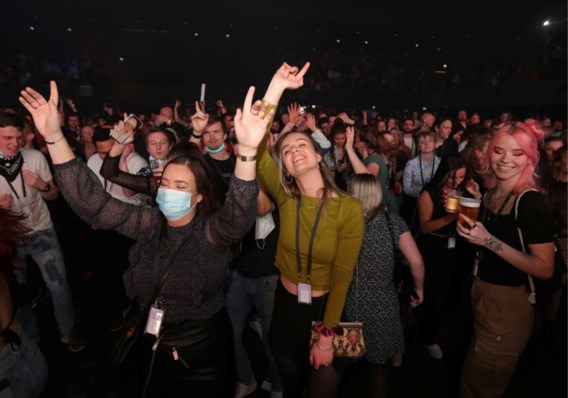 The Flemish government wants to organize a test event for 1,000 young people in the Grenslandhallen in Hasselt in the second half of April. With this test event, Flanders wants to investigate how events can be organized in a safe manner.

The intention is to organize an event for 1,000 students and young people in the Grenslandhallen of Hasselt (park H) in the second half of April. At that test event, all attendees will have to undergo three different tests: a classic PCR test, a classic antigen test and a self-test.

During the event itself, the attendees can once again enjoy a real concert experience, with dancing and singing, and without mouth masks or social distancing. After the event, all participants are asked to respect a quarantine period of one week until they undergo a follow-up test (a classic PCR test).

With this test event, Flanders wants to investigate how events can be organized in a safe manner. At the same time, it should also give some perspective to the ailing events sector.

“The virus will blow around in the coming year when the events sector will recover,” says Flemish Tourism Minister Zuhal Demir. “Whether we like it or not, rapid testing and self-testing will play a crucial role when the party starts again.”

The plan that ministers Zuhal Demir, Jan Jambon and Ben Weyts announced on Friday has yet to receive approval from the federal ethics committee. The test is being organized in imitation of the Netherlands, which has already held similar events.