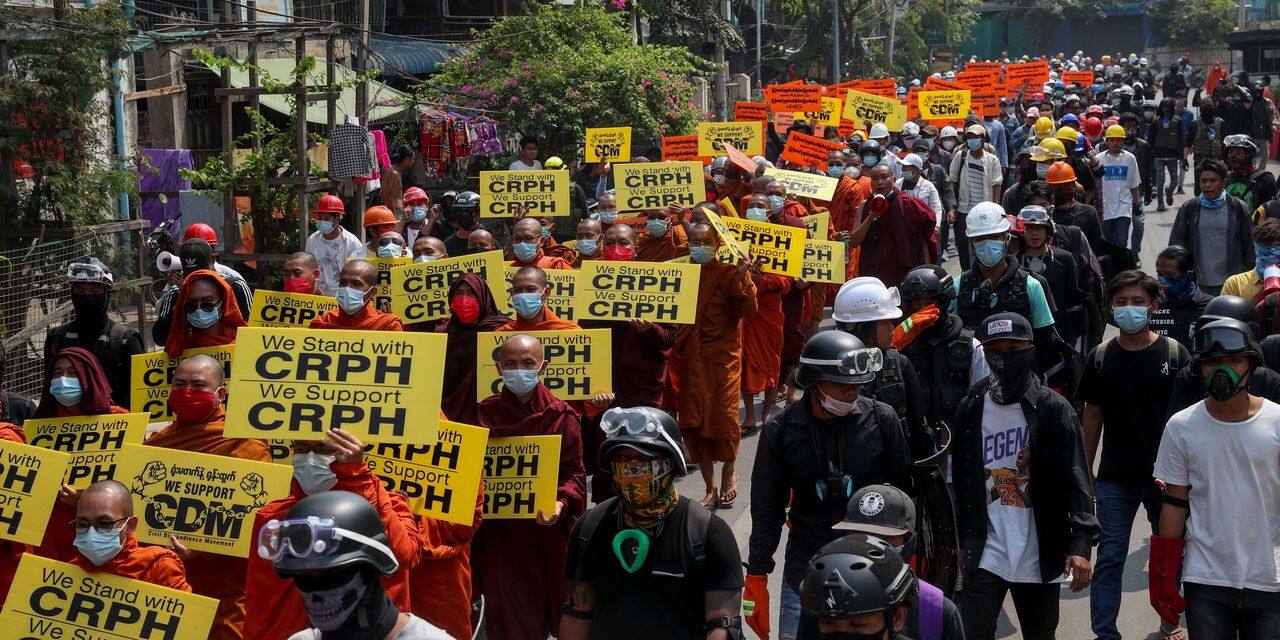 In Myaing Municipality, in the center of the country, a group of people demonstrated outside a police station to demand the release of three arrested protesters. “The police first used tear gas and rubber bullets before firing live ammunition,” said a witness. “Six people died, including a friend of mine.”

At least one protester was also killed in the municipality of North Dagon, in the eastern part of Yangon (formerly Rangoon).

Since the army putsch in early February, mass demonstrations have been daily against the military junta in this Southeast Asian country. Protesters demand the release of imprisoned leader Aung San Suu Kyi and the reinstallation of the elected government. According to estimates by the prisoner aid organization AAPP, more than 60 people have been killed since the protests began.