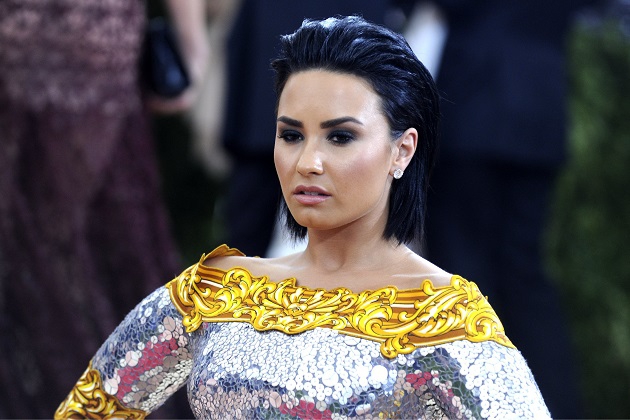 Singer Demi Lovato has said in a new documentary that someone who worked for Disney Channel raped her as a teenager. After the facts, she told someone what had happened, but the perpetrator “was never taken out of the movie that they both worked on.”

Lovato, 28, has said she was raped as a teenager while working for Disney Channel in the late 2000s. The perpetrator was never affected, even though Lovato said he had told someone what had happened. The singer does not say who the perpetrator was, but that afterwards she ‘had to see this person for a long time’. He “never got into trouble.”

The star says it was initially a consensual experience that quickly turned traumatic: “We were kissing, but I said,“ Hey, this is not going to continue. I am a virgin and I want to [mijn maagdelijkheid] don’t lose like this. ”“ According to the star, it didn’t matter to the culprit and he went on anyway. “I told myself it was my fault because I went to that room with him and I was kissing him.”

The traumatic experience was one of the causes of her bulimia and self-mutilation, says the singer. She also says that for a long time she found it difficult to see it as a rape. “The Christian southern girl in me didn’t see it that way,” it sounds.

In the past, the star has spoken openly about her drug and alcohol addiction and her struggles with bulimia. She says she now also speaks about this experience “because everyone who goes through it should be able to speak up if they want to.”

She made the revelations in the four-part documentary series Dancing with the devil that can be streamed on YouTube from 23 March.

Lovato started her career as a child star in the children’s series Barney & Friends, but was best known as a teenager through her work for Disney Channel. For example, she played one of the leading roles in the very popular Camp rockfilm series. Later she started a successful solo music career. In the meantime, she has already released six studio albums and served as a jury member in the American version of the talent show X factor. Last month she sang in a TV special on the occasion of President Joe Biden’s inauguration.