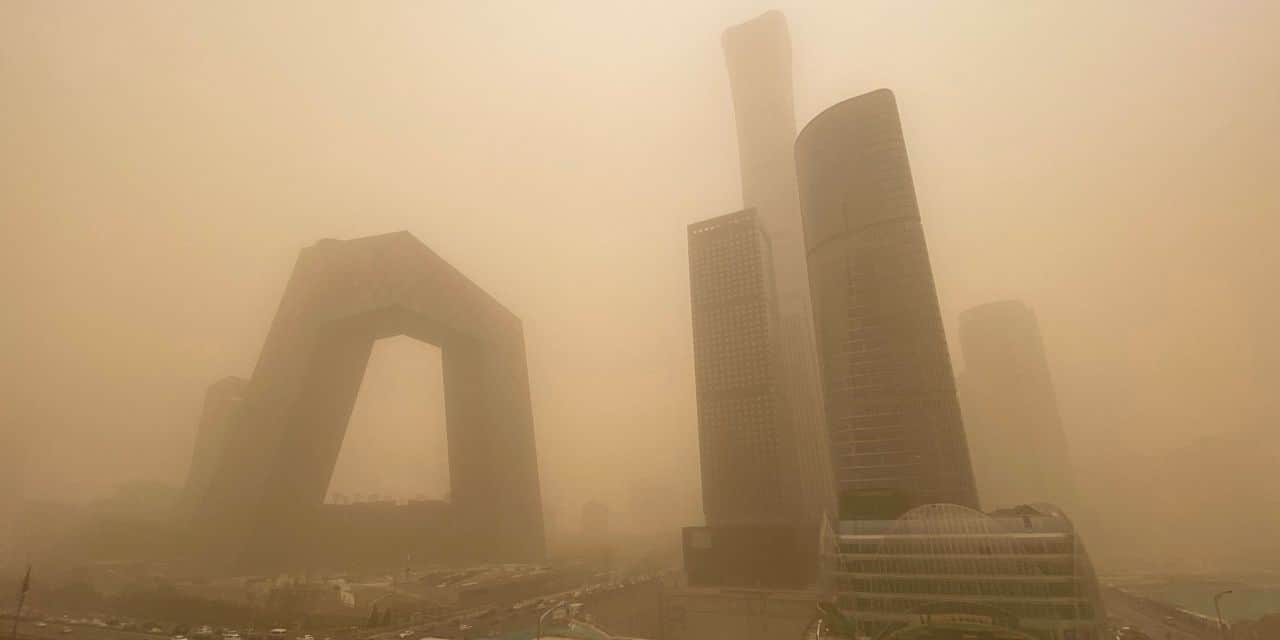 The combination of the two phenomena (sand and pollution) produced a cocktail dangerous for health and reduced visibility to a few hundred meters.

Sandstorms from the nearby Gobi Desert are frequent in the spring in northern China, but Beijingers have not seen such heavy skies for years.

In Mongolia itself, six people died from the storm, while 81 others were missing, according to local authorities.

The Beijing municipality, which has a population of more than 20 million, has suspended all outdoor sports activities in schools and advised people with respiratory problems not to leave their homes.

With their heads bundled up, most residents went to work, however, but some were protecting themselves behind protective goggles, fearing for their health. “I feel like every breath is going to bring me lung problems,” resident Zhang Yunya told AFP.

“End of the world”

Dantesque conditions, extremely rare in recent times, have revived old memories among the inhabitants of the capital. “I remember the sandstorms of ten years ago disappeared after an hour. But I’m afraid this one won’t go away until the end of the day,” said Pan Xiaochuan, an environmental health expert in Beijing.

The emblematic buildings of the city were difficult to see, like the Forbidden City or the headquarters of national television, whose summit (234 meters) disappeared behind a veil of fog.

As a result, more than 350 flights were canceled from the two Beijing airports according to the specialized site Variflight.

On the Weibo social network, the subject was widely discussed by Internet users. “This orange sandstorm takes on the appearance of the end of the world,” said one user.

The air quality was considered “dangerous” by the specialized site aqicn.org. In the early morning, the level of PM10 particles was nearly twenty times higher than the recommendations of the World Health Organization (WHO). That of PM2.5 particles, even more harmful, exceeded 560, a level rarely reached in recent years in Beijing.

Episodes of extreme pollution have become rarer in recent years in the Chinese capital, the fight against stale air having become a major issue for the country, which has announced that it wants to achieve carbon neutrality by 2060.

But according to Li Shuo of Greenpeace China, “intense” industrial activity in recent weeks has contributed to deteriorating air in Beijing, as steel, cement and aluminum production levels are higher. to those observed before the coronavirus epidemic.

For Pan Xiaochuan, the environmental health expert, the lack of precipitation observed in recent days may explain that the storm was particularly loaded with sand. “When there is no humidity, the dust tends to pile up,” he told AFP.