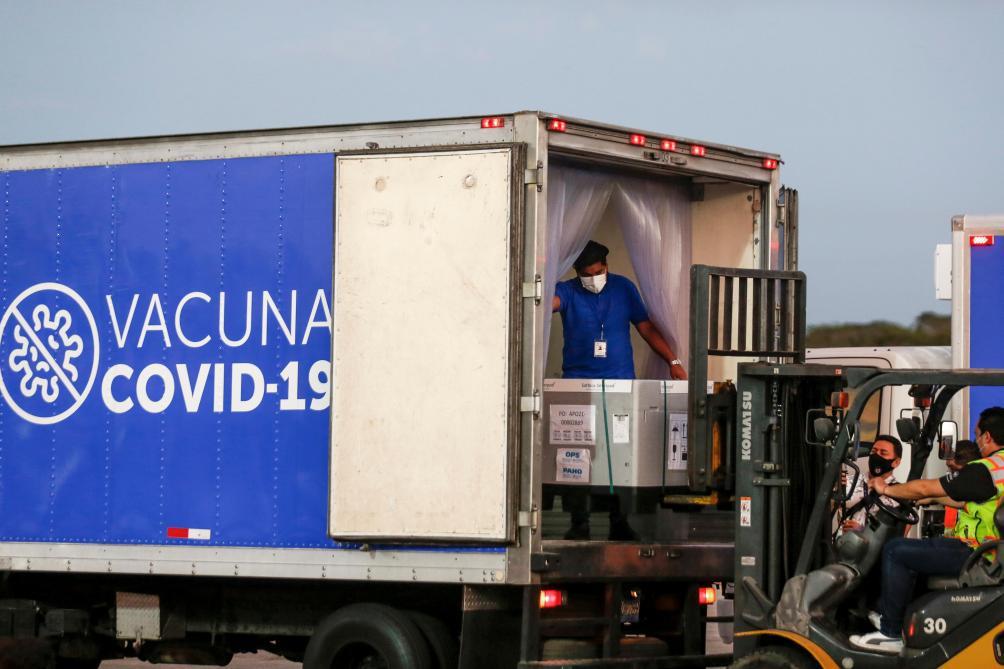 On Friday, Austrian Chancellor Sebastian Kurz accused certain member states of the European Union (EU), without naming them, of having negotiated behind the scenes “contracts” with laboratories, criticizing an unequal distribution of vaccines against the Covid between countries .

LAustria, the Czech Republic, Slovenia, Bulgaria and Latvia have called for talks “as soon as possible” between the 27 EU leaders on the huge disparities in vaccine distribution in the EU, according to a letter published on Saturday.

On Friday, Austrian Chancellor Sebastian Kurz accused certain member states of the European Union (EU), without naming them, of having negotiated behind the scenes “contracts” with laboratories, criticizing an unequal distribution of vaccines against the Covid between countries .

A senior EU official, who confirmed receipt of the letter from the five, recalled that a summit of 27 EU leaders was scheduled for March 25 and 26 and that “the coordination of the fight against pandemic was the first item on the agenda ”.

“Before each summit we always receive letters to which we respond”, he said, specifying that the face-to-face holding of this summit remained the goal.

In this letter, they assert that “deliveries of vaccine doses by pharmaceutical companies to different EU member states are not carried out fairly.”

“If this system were to continue, it would continue to create and exacerbate huge disparities between member states by the summer, so that some of them would be able to achieve group immunity by a few weeks, while others are lagging behind, ”he wrote in the letter from Mr. Kurz and his four counterparts.

“Therefore, we ask you to organize a discussion on this important issue among the leaders as soon as possible,” add the five.

On Friday, Mr. Kurz said that “there were indications that there was a forum, a bazaar where additional agreements were made between member states and pharmaceutical companies.”

But, a spokesperson for the European Commission had explained that it was up to the member states to “ask for more or less of a given vaccine”.

Austria’s health ministry had also rejected claims by Mr Kurz, reiterating the EU’s statement that each member state was allowed to say how many doses of different vaccines it wanted to source.

“The negotiations took place in a transparent and balanced way,” said Ines Stilling, secretary general of the Austrian Ministry of Health, in an interview broadcast on Austrian public radio on Saturday.

The European Union blamed the slow pace of vaccination on its territory on supply and delivery problems. It lags behind the United States, Israel and the United Kingdom in terms of the percentage of the population who have already received at least one dose.