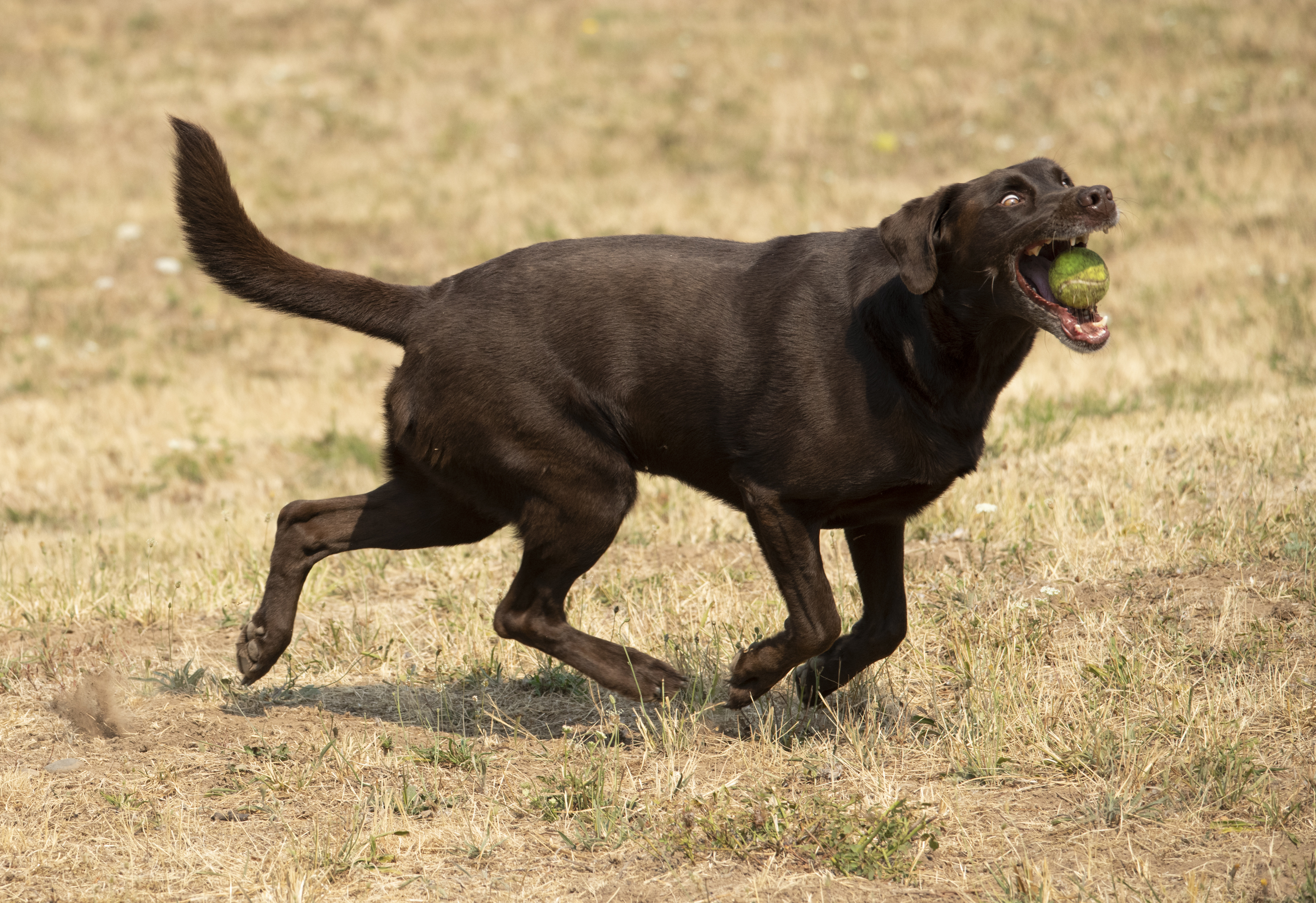 When my children were growing up, they made their way through an impressive collection of pets. In our house, human beings were generally outnumbered. We had to keep the animals happy and well fed … or else.

My kids had a home away from home – it was the local pet store. If you wanted a shark, a frog, a snake, a lizard, a cat, a dog, a sheep or a horse, this place could prepare you. Rodents, insects, reptiles, and amphibians – I had everything for sale except single-celled organisms.

One day, as my kids and I were queuing up to make our latest purchase (I don’t remember it being a hairless rat or a newt), I noticed a large barrel filled with a collection of chew toys. You know the type; Those rawhide bones, donuts, knuckles, and chew sticks that dogs love to put their teeth into. Then when my eyes drifted to the right, I saw one of the most disgusting spectacles ever seen by me or any other upright vertebrate.

A big barrel of them. The real thing. Harvested from real pigs. (I guess it’s post-mortem.) Twisted, mummified, and dried cartilage triangles made from premium pork, naturally smoked for an irresistible flavor. For some inexplicable reason, I was drawn to the barrel to take a closer look, hoping I was wrong, that somehow these hideous artifacts were in fact man-made synthetic facsimiles of the real deal. But it was at that moment that my worst fears came true. I took one.

The ears were hairy.

Yes, each pig ear still had delicate strands of pig hair sprouting, and it occurred to me that it was highly unlikely that these hairs were carefully implanted one by one by underpaid craftsmen in some third world sweatshop. Now it was undeniable. Real pig body parts for sale at our favorite pet store. Enjoyed by the most demanding canines everywhere! Delicious, nutritious and satisfying – hairy, chewy pig ears!

This “delicious” memory was triggered the other morning when I looked at my face in the bathroom mirror as I shaved. As the light reflected off the top of my shiny, bald head, I noticed that my hair was sticking out of my ears. It was then that I was struck by the cruelest irony: the same biological process responsible for male pattern baldness causes unwanted hair to appear on other parts of the anatomy. It is almost as if the amount of hair on the body remains constant, it just changes its location. Back, shoulders, inside the nose, outside the nose and yes, you guessed it, the ears.

Fortunately, the guys have a variety of options. Ear hair can be shaved, plucked, waxed, or electrically removed. Bottom line: I had to deal with it. Denial is not an option, at least not for me. The only alternative is to leave the house each morning looking like a lynx in a three-piece suit.

Now, I don’t really complain about unwanted hair. After all, it is a relatively common phenomenon for many men. However, I disagree with all the guys who, consciously or unconsciously, decide not to exercise their options. It is a distraction. It is annoying. It’s ugly. They are not blind. Don’t these guys have a mirror? Maybe they are so preoccupied with other things that are unrelated to their appearance.

I wonder if they have someone in their life who gives them a soft hint, e-mails them, gives them a clipper for their birthday. Wait for them to fall asleep and go after them with tweezers. I don’t think I’m worried about the hair follicles getting unruly, but I notice them. I guess it’s my attention to detail. Whether they sprout from a piglet or a person, I am pretty ruined by the hairs on my ears.

Now to the point.

No matter how you cut (or shave) it, it is irrational and ineffective to choose a professional based on whether or not you keep your ear hair under control. However, I have found myself doing just that. I found that despite my solid reputation as an objective advisor and builder of top-notch professional teams, I have found myself vulnerable to making quick judgments about people based on the appearance of their ears.

Intellectually, I know that it is ridiculous to fire someone for having fuzzy ears. After all, Albert Einstein was a poorly groomed individual. See photos of Dr. Einstein; he had a jungle on his ears and the hairs on his nose grew up to his mustache. The guy obviously had bigger ideas to ponder. Who knows, if Einstein had spent more time grooming himself, his Theory of Relativity would never have manifested itself.

A furry-eared colleague and friend of mine, let’s call him Bill, is an investment banker and a Harvard Law graduate. The man has an impressive track record and great credentials. One day at lunch, Bill was complaining that people were not taking him as seriously as he would like. He sat there complaining about how taller, more handsome boys get more respect, even though he was better educated (presumably smarter) and had a lot of experience in his field.

As Bill spoke, I couldn’t help but notice his (you guessed it) ears. They looked hairier than usual. The hairs actually seemed to be growing as he spoke, like a time-lapse photograph. To make matters worse, Bill also had a nasty tear in the crotch of his pants. No, I was NOT looking at her crotch. My eyes noticed that the bright white of his boxers was peeking through a split seam on his dark gray pants. It was like sparkling neon; I couldn’t help but notice it.

Since Bill really wanted my opinion, I decided to give my opinion. Perhaps it could help you improve your results and possibly reduce your whining hell.

“People’s taste is not taken into account,” I said. “People value things and other people based on a variety of factors. That range of factors ranges from the very well reasoned and rational to the extremely irrational and irrational.”

I asked Bill if he had ever consulted with a professional stylist, someone who could advise him on clothing and grooming. He replied, “No, I don’t need anyone like that.” I told him that every two years I have hired a stylist to help me with these matters. Then I said, “If you change your mind, let me know and I will recommend someone.” Bill’s response was resolved: “Well, it’s highly unlikely that will ever happen.” As she looked at him in frustration, she could have sworn that one of the hairs on her nose grew a quarter of an inch.

Bill complained about how business owners will often reject him outright, even though he is immensely competent, trustworthy, and effective in achieving positive investment banking results. Instead, they choose the elegantly groomed “pretty boy” in the $ 5,000 suit, only to find out later that he didn’t achieve the desired result. After wasting several precious months, wasting a lot of money, and suffering from great emotional anxiety, will these clients admit they made a bad decision?

Unfortunately, there are endless opportunities to choose an advisor who talks but doesn’t. All sizzling and no steak. Most of the time, the second time is no better than the first. Why does this happen so often? Why is it so difficult for some of us to align with HAWPS, or at least learn from our mistakes?

You could say that my friend Bill suffered from a debilitating lack of self-awareness. He tried bitterly to make sense of his dilemma: “Clients may reject me and my advice because I am too honest with them. I tell them what they really need to do to get their company in optimal shape for a sale, merger or recapitalization. “.

Bill continued: “My competition downplays all of this. They present a nicer image, an easier experience and a lower estimated cost. On the contrary, my sight seems too expensive and time consuming. The competition will not guarantee the desired result, but they certainly mean that if chosen, success is almost guaranteed. Plus, it will be less expensive and easier. “

Bill had a good point. Most people prefer easier and less expensive. After all, the path of least resistance often sounds more appealing than a more difficult and expensive ride. Bill and I had collaborated in the past and I reminded him of the many successes we share with our clients. Invariably, they were business owners or management teams that were far above average in business acumen and knowledge. Conscious and experienced people have a broader and deeper perspective and are much less likely to fall into the “easier and cheaper” trap. I observed that Bill most of the time “won the beauty pageant” as long as the client was sufficiently evolved and therefore more capable of making a rational and well-reasoned decision. The funny thing is, these experienced and demanding clients never had a problem with Bill’s ears.

It was pretty obvious to me that Bill was denying his appearance and therefore was unwilling to polish himself up to improve his “beauty pageant” chances for new clients. So I suggested that you write a book that helps business owners and management teams gain a better understanding of the details, expenses, and time associated with making their business more salable, transferable, or investment worthy. That would probably be the most effective as it would educate potential customers and improve their discernment. Bill’s attention to detail, comprehensive understanding, wisdom, and courage would be clearly articulated and he would contrast those less capable “pretty people” with their hollow promises of “easier and cheaper.” And your ear hair could be touched up from your photo on the dust jacket.

When I suggested this to him, he recognized that it was a great idea. Then he said, “Once I graduated from law school, I swore that I would never write an article or a thesis again, so there was no way I could write a book.”

I watched the hair on his nose grow another quarter of an inch.

Albert Einstein, the hairiest of geniuses, offered this wisdom: “A definition of insanity is to keep doing the same thing expecting a different result.” Well, without putting his wisdom on paper and sharing it with the world, furry Bill is destined to bang his head against the same wall, over and over again, losing one beauty pageant after another to competitors whose integrity, abilities, and intellects are far inferior to yours. But Bill’s furry ears were never really the problem. It is what is between the ears that counts the most. So, of course, what we actually do with vital information and wise advice is an important factor in all important aspects of our lives, businesses, and relationships.