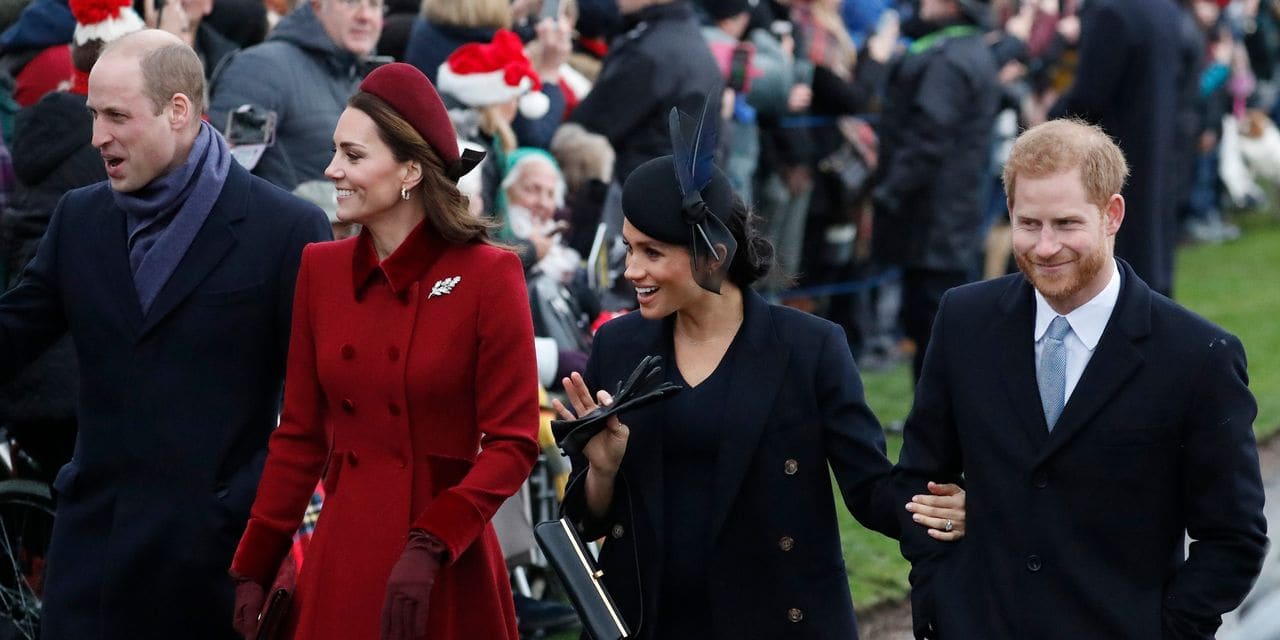 Second in line of succession to the crown, Harry’s older brother is the first member of the royal family to speak in public since the explosive interview with the couple exiled in California, reigniting a heated debate on the racism and colonialism in the UK.

“We are not a racist family at all,” replied the Duke of Cambridge to a journalist who questioned him during a visit to a school in east London, in a rare response during a public engagement.

He said he had not spoken to Harry since the interview broadcast on Sunday, which was watched by nearly 50 million people around the world, according to CBS, but that he planned to do so. Some commentators see it as confirmation of the already weakened ties between the two brothers.

Asked by star Oprah Winfrey, Harry, 36, and his wife Meghan, a 39-year-old American Métis ex-actress, spoke of untenable media pressure, racism and the lack of support from the royal family to justify their withdrawal of the monarchy.

Above all, leaving Oprah Winfrey speechless, Harry and Meghan reported that an unnamed member of the royal family had worried about the skin color their son Archie, now 22 months old, would have before his birth. .

They had made a point of clarifying later that it was not about the queen Elizabeth II, 94 years, nor of her husband Prince Philip, 99 years, currently hospitality, without succeeding in allaying the sharp speculations on the author of these statements.

Brought to repair the broken pieces, Elizabeth II had reacted Tuesday evening via a press release from Buckingham Palace, saying “saddened to learn how difficult these last years have been” for the couple.

The sovereign claimed to take “very seriously” the accusations of racism launched by Meghan and Harry. But she vowed to treat them “in private” and stressed that “memories may vary,” appearing to show that she doesn’t take these statements at face value.

Despite this desire for discretion, the accusations made by the Duke and Duchess of Sussex have strongly shaken the British monarchy, facing its worst crisis since the death of Lady Diana in 1997.

They have come to fuel the debate on racism in the United Kingdom, already forced to introspection since the demonstrations of the Black Lives Matter movement.

They are all the more likely to be damaging to the crown as Elizabeth II, whose “unifying role” Prime Minister Boris Johnson has underlined, also reigns over the Commonwealth, an association of 54 countries inherited from the British colonial empire. most of the 2.4 billion inhabitants of which are not white.

Unlike his eldest son, Crown Prince Charles preferred to remain silent when he was questioned Tuesday during a visit to a vaccination center.

In the Daily Mail, Kenneth Olisa, the first Lord-Lieutenant of the Black Greater London of Elizabeth II, who represents her in the capital, assured that it was at the service of “all her subjects, whatever their color. skin”.

In unbridled confessions, Prince Harry, sixth in the order of succession to the throne, said he was distant from his father Charles and his brother William, described as prisoners of the monarchy. Meghan had claimed to have received no support when she was in the throes of suicidal thoughts, under pressure from the media.

The Duke of Susses also accused the press, in particular the tabloids, of “sectarianism”, provoking an outcry from the Society of Editors, which represents journalists.

Its director resigned after assuring that the press was neither sectarian nor racist, to which more than 250 journalists replied in an open letter that the sector was “in denial”.