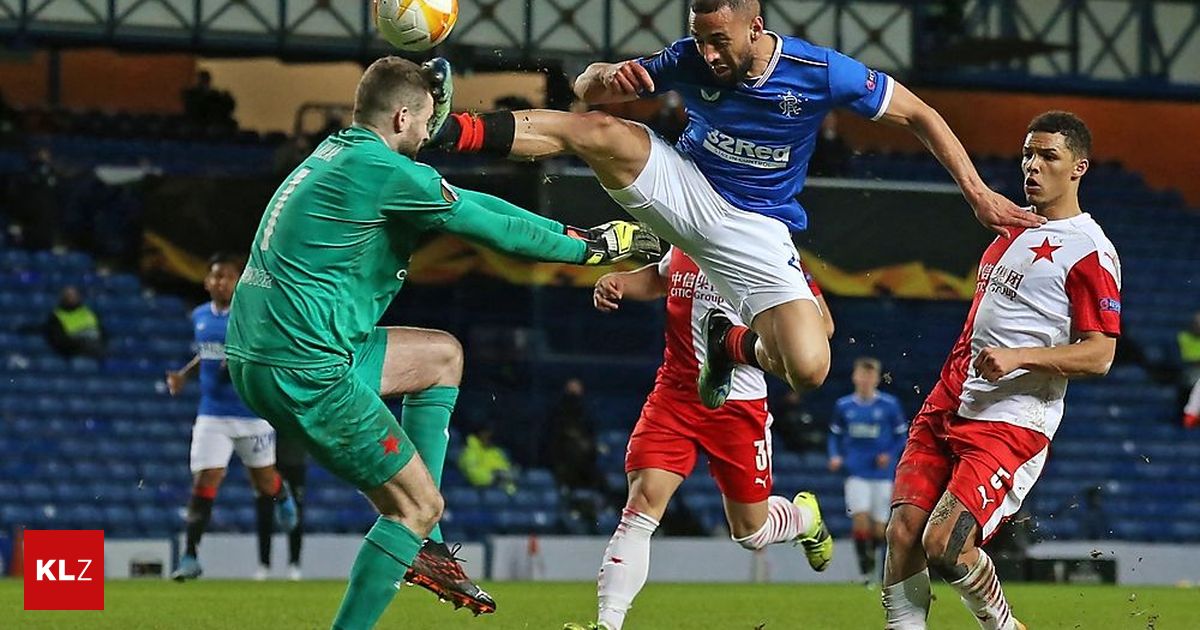 Trembling for the keeper of Slavia Prague: Ondrej Kolar remained unconscious after a foul by Glasgow striker Kemar Roofe. The striker had hit the hurrying goalkeeper with a high leg in the face.

It was a scene you would never wish for in football. In the 60th minute of the Europa League game between the Glasgow Rangers and Slavia Prague When the score was 0: 1 (14th Peter Olayinka) a brutal foul occurred in the Czech penalty area. The recently substituted Glasgow striker Kemar Roofe stretch the rushing Czech keeper in kung fu style Ondrej Kolar low.

He hit the goalkeeper full in the face – Kolar immediately fell to the ground and lay unconscious. The Rangers offensive man rightly and immediately saw the red card. Kolar was first taken care of in the field and then transported away on the stretcher; apparently still unconscious.

After a long break, the game could be continued, at Slavia now with the 18-year-old Matyas Vagner in goal, which was first used as a professional. The bulkheads were completely off the roll, a few minutes later they had to Peter Olayinka (73.) after yellow-red from the field. With the second gate through Nicolae Stanciu (74th) the Czechs were soon able to cheer after the shock, the ascent could no longer be taken from them. Nevertheless, the game remained very heated and there was another pack formation after two fouls by the Scots.

Prague moved into the quarter-finals after a 1-1 home game and a 2-0 win in Glasgow.

>>> Here you can find the other games of the last sixteen <<<