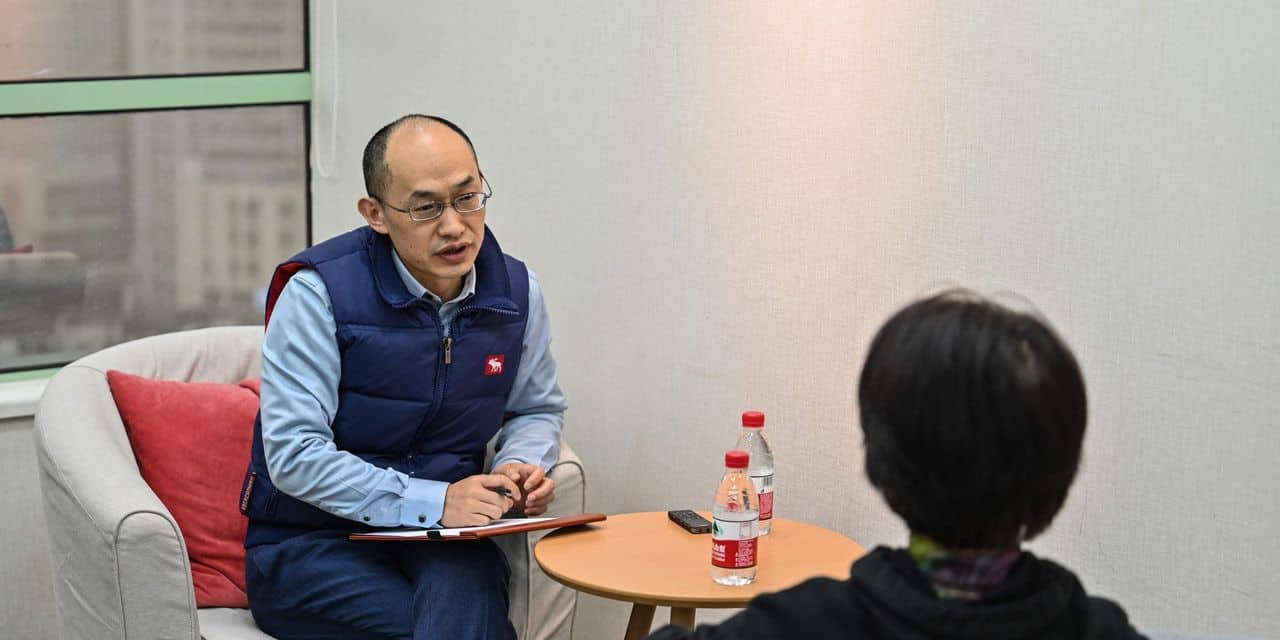 He offers his advice live to spectators eager to save their marriage, via a rampart of smartphones that rises in his office in Shanghai. With divorces on the rise in China, Zhu Shenyong is a busy marriage counselor. “Marriage counseling in China is like treating advanced cancer“, summarizes Mr. Zhu, 44, whose sessions can attract 500 spectators.

“Most of my clients want to save their marriage, a minority are considering divorce, but all want advice on the right decision to make“, continues the man, who became known on social networks by claiming to earn 1 million yuan (128,000 euros) per year. His mission is”avoid divorces that are preventable“, but Mr. Zhu remains realistic and tries above all to smooth things out during a breakup, for the sake of the children.

In China, 8.6 million divorces were pronounced in 2020, according to the Ministry of Civil Affairs. This is a new record and above all it is almost twice as much as in 2019.

Family pressure, an ultra-competitive society, soaring real estate prices or childcare problems are all reasons why the Chinese are turning away from marriage, especially young people, who privilege their personal freedom.

“From a positive point of view, divorce is a reflection of a civilized society and an awakening of womensays Zhu, who cites extramarital affairs and money problems as the main reasons for breaking up.

Faced with a worrying drop in the birth rate, the authorities are trying to encourage residents to marry and stay. A new mandatory 30-day “cooling off period” was introduced last year for divorcing couples, down from a day earlier.

The aim is to prevent “whim” divorces, but some rights activists fear that this will trap women victims of violent marriages, especially since the period can be extended indefinitely at the request of one of the members of the group. couple. “The period of reflection has become a period of aggression, which deviates completely from the original idea, says Wang Youbai, lawyer in Canton. It is extremely unfair for victims of domestic violence […] who are trying to escape an unhappy marriage. “

Many provinces have implemented mandatory consultations for tens of thousands of young couples or those on the verge of divorce. According to the city hall of Wuhan (center), the “period of reflection” made it possible to save two marriages out of three in the month of January alone. In Beijing, counselors are permanently stationed at marriage registration offices, which has benefited 43,000 couples since 2015, with a success rate of “more than 60%“, according to the municipality. (AFP)