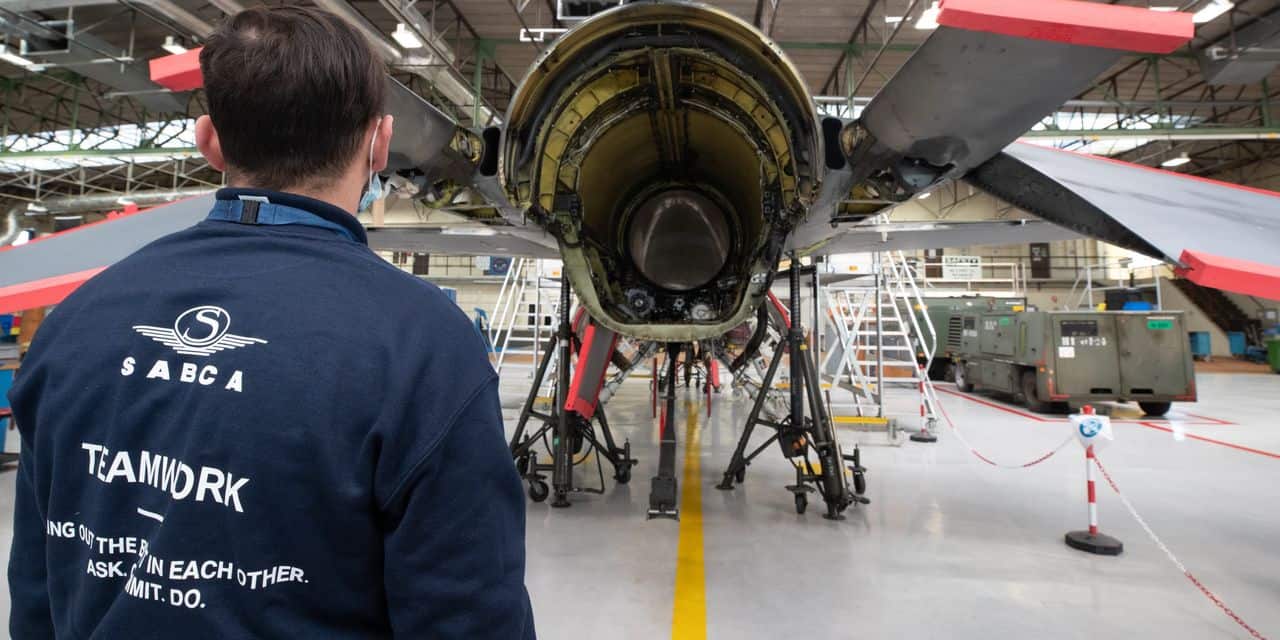 “This contract confirms Sabca Charleroi as a center of expertise for F-16s in Europe and will also provide jobs for the next 10 years,” said the Belgian company in a statement. The contract includes scheduled and unscheduled maintenance of the F-16s, an aircraft life extension program from 8,000 to 12,000 flight hours and technical assistance for the F-16 “on base” throughout Europe. The duration of the contract is five years and is renewable for another five years.

The contract also represents an estimated turnover of around 250 million dollars and more than 100 direct jobs in Charleroi and on bases throughout Europe for 10 years.

“This new contract confirms our expertise in heavy maintenance and modernization of aircraft. It is also a vote of confidence and an important token of appreciation for our technicians, engineers and technicians. Thanks to our common effort, we remain the one of the three USAF F-16 maintenance centers in the world “, underlines Stéphane Burton, CEO of the Blueberry group and of the Maintenance, Repair & Overhaul (MRO) division which includes Sabca MRO in Charleroi.

The Belgian aerospace group Sabca assembled under license more than 300 F-16 fighters in the 1970s and 1980s. Today the company is part of the Blueberry industrial ecosystem, owned by Sabena Aerospace and the Federal Participation Company and investments (SFPI).