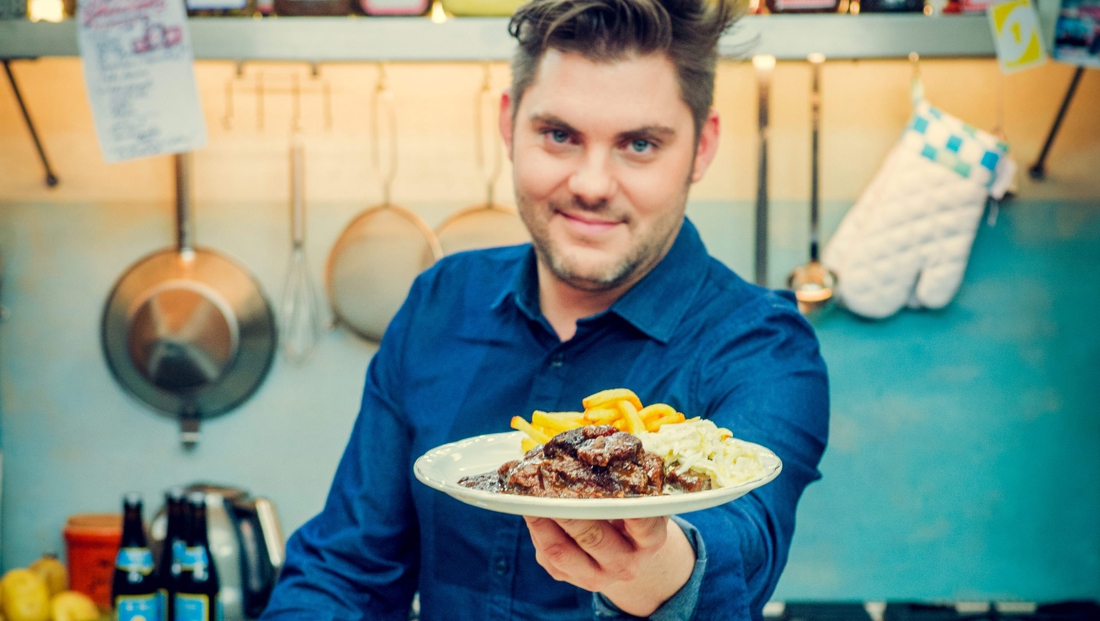 The fact that VRT will soon be launching its own meal boxes from the ‘Daily Costs’ program has raised eyebrows in the Flemish Parliament. But Media Minister Benjamin Dalle (CD&V) sees little difference with things like bread from FC the champions if it Home-bier Slurfke.

The VRT markets the program’s meal boxesDaily food with Jeroen Meus. The concept falls within the brand extensions of the public broadcaster, which is allowed to generate income from products derived from programs. To this end, the VRT works together with the Belgian company Foodmaker, which markets ‘fresh and healthy’ ready-to-eat meals. The boxes, compiled ‘under the supervision’ of Meus, can be ordered via their website.

Minister of Media Benjamin Dalle (CD&V) points out that the media decree allows the VRT to carry out merchandising and ancillary activities. ‘Collaborations like this are not new. In the past, all such forms of cooperation were set up, for example to develop a line of pots and pans, cookbooks and cutting boards from Daily food, breakfast baskets from Home, bread of FC the champions, Slurfke beer from Home … ‘. The minister therefore has no objections to this initiative of the VRT.

In the Flemish Parliament this afternoon it appeared that opinions are divided. ‘Regardless of what the VRT does, we have to ask ourselves whether we as a government are not disrupting the market,’ says Maurits Vande Reyde of Open VLD. ‘There are successful Flemish entrepreneurs who have launched meal boxes at home with a lot of their own investments, blood, sweat and tears. Previously, that market was almost entirely in the hands of Dutch companies. If the government uses its own brand, made with tax money, for this, it could be unfair. ‘

According to Wilfried Vandaele of the N-VA, this is certainly not part of the core business of the public broadcaster. ‘This probably still fits within the derivatives, but this is still on the edge,’ he says. ‘One must be careful not to start undue competition with sectors of which this is the core business.’

Klaas Slootmans of Vlaams Belang questioned Dalle this week about the amount that the VRT paid for the interview with Prince Harry and Meghan Markle. ‘In this case too, the VRT must consider whether that is a core task,’ he draws the parallel. ‘The catering industry is already having such a hard time and now the VRT will also get its share here.’

Finally, Groen is standing up for broadcasting. “The VRT is struggling with declining advertising income, just like everyone else,” says Elisabeth Meuleman. ‘It is legitimate to look for additional income. It would have been stronger if this had been a collaboration with civil society, for example with the Flemish Institute for Healthy Living. But Daily food has been around for ten years. There is already merchandising, such as cookbooks. This is just a different, innovative way. ‘