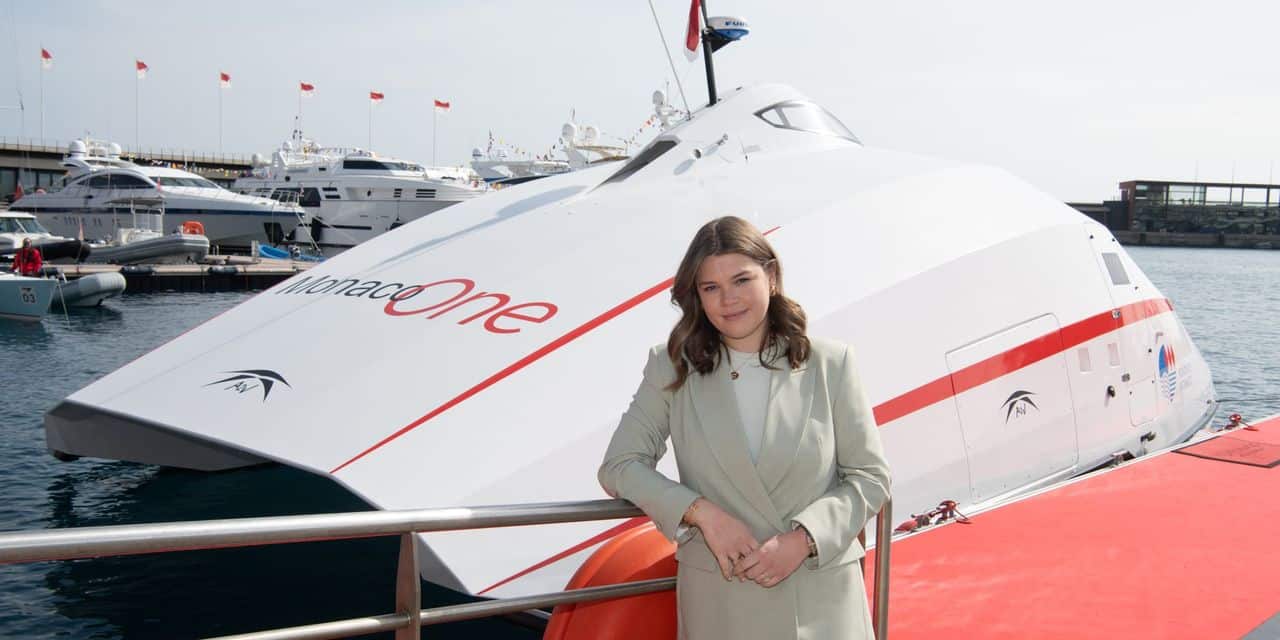 For the second year in a row, the Bal de la Rose held at the Sporting Club de Monte-Carlo has been postponed. The event that traditionally launches the season in the Principality and raises funds for the Princess Grace Foundation was themed 2021 Bollywood.

For a long time, Princess Caroline relied on her friend the couturier Karl Lagerfeld for the scenography. She had appealed this year to Christian Louboutin, known for his famous shoes with red soles.

No ball, but a large number of princely family gathered this week to attend the baptism of the impressive and futuristic shuttle “Monaco One”, a 12-seater catamaran which will ensure the maritime link between the port of Monaco and the port of Cala del Forte in Ventimiglia in 15 minutes.

We know Prince Albert’s keen interest in technological innovations. Here, the catamaran, thanks to its innovative aeronautical design, can sail at more than 40 knots with an energy consumption of 50% less than a conventional boat. It is also equipped with a monitoring device making it possible to detect the presence of marine mammals in real time.

The godmother of “Monaco One” is Camille Gottlieb, youngest daughter of Princess Stéphanie. Aged 22, the young woman was able to count on the presence of her uncle the sovereign prince, her mother, her brother Louis Ducruet with his wife Marie, her sister Pauline Ducruet and her aunt Princess Caroline.

It is with a nougatine bottle that she baptized the machine. Camille Gottlieb works in marketing and events. She founded with friends Be Safe Monaco, which fights through prevention against drink driving.

Meanwhile in the Hall of Mirrors at the Palace of Versailles, Beatrice Borromeo, wife of Pierre Casiraghi and daughter-in-law of Princess Caroline, attended the fashion show for the Dior fall-winter 2021-2022 collection among a very small audience. of which it is now the image.