Morbi, Gujarat is the largest ceramic tiles manufacturing hub in India. It is also the 8th largest ceramics producer in the world. With a population of about ten million people, the industry has been able to generate employment opportunities for a huge number of people. The region produces about eighty percent of the total ceramic production in India.

In recent years, the morbi tiles industry has seen an unprecedented growth. This has prompted many investors to make partnerships with the Morbi ceramic tiles factories. A total of around 80 new plants are set to start up in the city during the next decade. 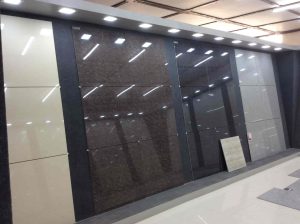 While the industry has been faced with some problems in the past few months, it is expected to see an increase in demand in the coming months. Despite this, the exports of the product have been affected due to the deficient monsoon. Hence, the price of the ceramic products is expected to soften in the coming days. As a result, the morbi tile manufacturers will be able to reap some of the benefits.

Many factors have impacted the production of the tiles. For example, the prices of natural gas have been declining. Therefore, the Morbi manufacturers have shifted to using the alternative energy resource, the PNG gas. Previously, all the Morbi manufacturers used coal gasifiers for the production of the tiles. However, the National Green Tribunal has banned the use of coal gasifiers.

In addition, the Morbi region has undergone significant development. Newer machinery and technology has increased the production capacity of the tile industry. Moreover, the transportation system has also improved. Several bridges and highways have been built in the region to facilitate faster transportation.

The morbi tiles industry has a large pool of skilled labor and easy access to raw materials. These features enable the industry to produce high quality tiles at competitive prices. There are several global brands that are manufactured in the Morbi region.

The tiles manufactured in Morbi are exported to countries across the globe. They are also exported to Latin America and Africa. The Morbi manufacturers have begun to export to the Middle East. Their quality and prices are at par with the international market.

The Morbi, Gujarat region is a major source of employment for over 10 lakh workers. Moreover, the Morbi Tiles Industry has the potential to generate a large number of jobs in the coming years. Hence, this industry is one of the most promising ones in the global tile market.

Besides, the Morbi region is also a key sales target for equipment manufacturers. During the year 2015-16, Morbi tile manufacturing units received an investment of over Rs 5000 crore. Further, the Morbi tiles industry zone includes the cities of Wankaner, Thangadh, Jetpar and Morbi. Having this infrastructure in place, the Morbi Tiles industry is destined to witness explosive growth in the coming years.

The Morbi Ceramic Industry has been facing some major challenges in the past few months. For example, there have been delays in the construction of many factories. Moreover, there have been problems related to the delivery of raw material and finished goods.