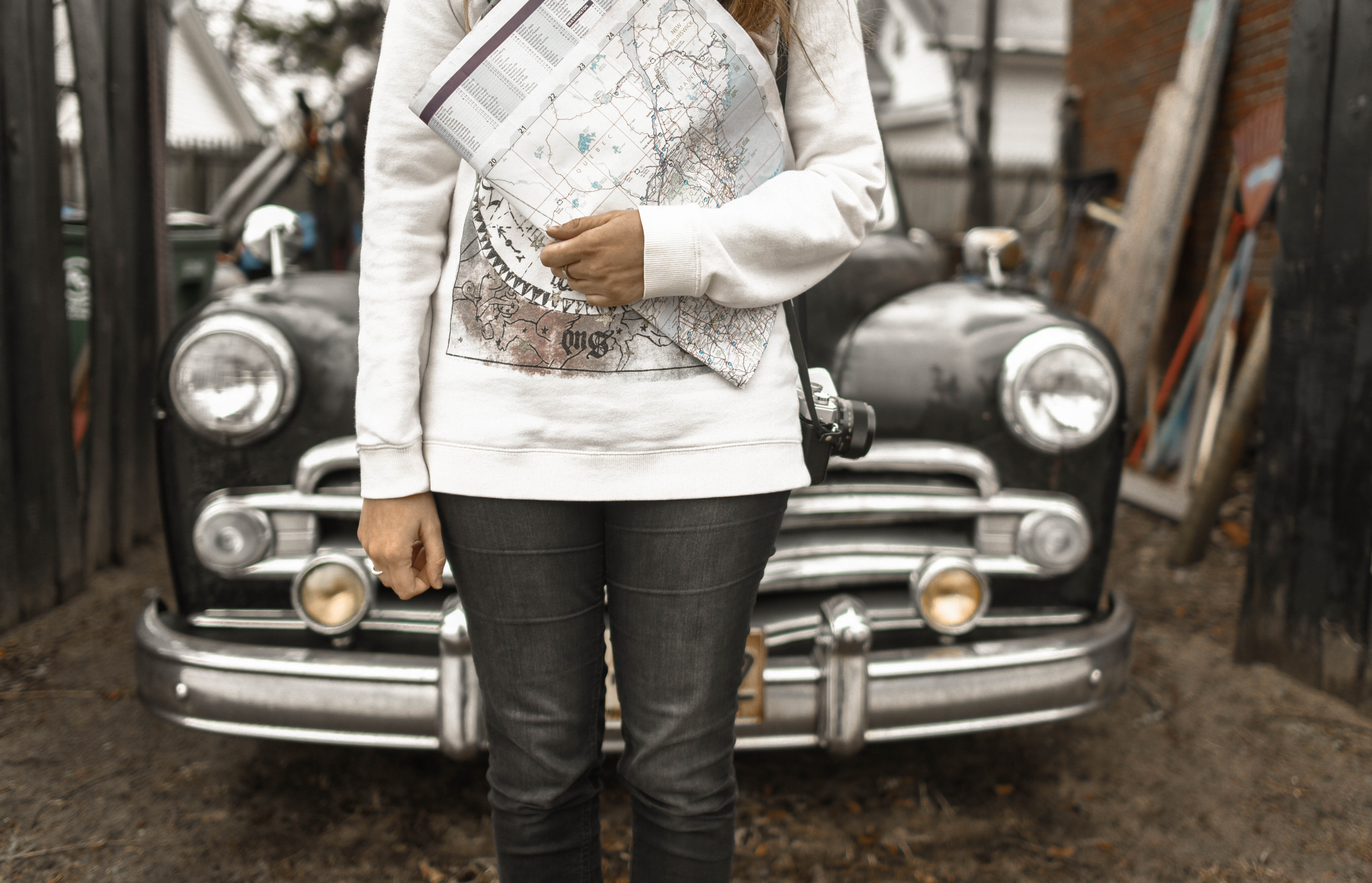 The first thing I want you to know about me is that I LOVE being a coach! I love marine mammals and have a special passion for helping educate people about them. When the public connects with the animals I help train, it raises awareness about the health of the world’s oceans and helps all marine life.

Training is all about communication, being clear and precise. A good workout is also motivation and fun! Highly intelligent animals are highly motivated to have mental and physical problems, and it is a very important part of designing a healthy lifestyle for them.

What I like the most is the “aha” moment. This is that moment when an animal gets what you want it to do through successive approximations: training steps that lead to the target behavior. When the animal does it for the first time, it is incredibly rewarding to share that moment of understanding between the two of you. That “aha” moment is priceless! Of course, this process can take minutes or even months, depending on the animal and what you’re training it for.

Dolphins, in particular, are highly motivated to learn new things. It is great for your mental and physical stimulation.

my life as a coach

Even when I was a little boy, I always wanted to help injured animals. When I was 10 years old, I found a pelican covered in tar on the beach and brought it to my mom, who helped me take it to the bird sanctuary to be treated and released. As a teenager, I volunteered to clean up the beaches near my home in Santa Barbara, California. I became a member of several wildlife rescue organizations and adopted pets from the Humane Society. I counted whales and dolphins from a seaplane with the National Oceanic and Atmospheric Association (NOAA) and volunteered at the Channel Island Marine and Wildlife Institute, helping to rescue sea lions and seals. I canoed down the Ventisquero River in the Northwest Territories and saw Musk Oxen in their natural habitat. I have always loved animals and being in nature.

I began my journey as a marine mammal trainer at Moorpark’s Exotic Animal Training and Management (EATM) Program in 1999. Immediately after graduation, I began working as a trainer for Bud and Jo Krames when they started their own company, Dolphin Fantaseas, in Antigua, West Indies.

It was in Puerto Vallarta that I worked with a male South American fur seal for shows and a female for an interactive guest sea lion program. It was Dolphin Discovery’s first job with this species. This was a tremendous experience and really fueled my development as a coach. I had a great supervisor who really helped me grow and believe in myself and as a result, I felt much more confident in my abilities as a coach and as a teacher. I was promoted during this time to the position of Senior Trainer.

After Sea Life Park was successfully up and running, I was transferred back to the Cancun area. I worked in the locations of Cozumel and Puerto Aventuras. When Hurricane Wilma hit in October 2005, I got a crash course in hurricane planning and execution when I helped evacuate all twenty-three dolphins, four sea lions, and several macaws, toucans, and sloths. I, along with four other trainers and the vet, stayed at the hotel where we had transported the animals to ensure their safety during and after the hurricane. There we resisted four days of the biggest hurricane ever recorded in the area. It was a terrifying experience for everyone, but I chose to stay in Cozumel out of loyalty to Dolphin Discovery and the animals in my care. I can’t imagine having made a different choice. CNN had reported that the water would flood the island, but a few days later we were able to transport the animals to the Puerto Aventuras facility. It was extraordinary to be one of the key people responsible for such a complex operation, and on a ferry no less! But here I was, training a one-year-old baby dolphin that was way behind in training, working with dolphins that were experiencing aggression issues, and training new staff. Shortly thereafter, I was promoted to Coach Advisor for the Cozumel team.

In October 2008, I started working for Dolphin Cove in Jamaica and went to work in Ocho Rios to meet the six dolphins that we would take on a private plane to Grand Cayman Island two months later. My goals in Jamaica were to learn Dolphin Cove’s style of interactive programs, as well as the hand signals they assigned to each behavior. He also wanted to build a relationship with the animals to ease the dolphins’ transition to their new home. It always helps to have a familiar face when you move to a new place! It turned out that we only moved four dolphins to Grand Cayman (Ziggy, Nemo, Lucea and Luna) because one was pregnant. Pepe and Sally were transported a few months later.

It has been years and I am thoroughly enjoying my experience here at Dolphin Cove where I am the Manager of Animal Care, Training and Operations.

Most of our customers at Dolphin Cove come from cruise ships. However, we also receive some guests from hotels and others who live on the island. Our facility is very large and is part of a lagoon attached to North Sound. There are many sea creatures that share the lagoon with the dolphins. Nemo and Ziggy usually find any wandering octopus looking for a new home. (And we routinely select crab body parts when brushing Ziggy’s teeth in the morning!) The dolphins get restaurant-quality fish, but sometimes they hunt for fun. It’s not just part of their natural behavior; it is also very enriching for them.

My thoughts on using animals for therapy

I have come to believe that animals and water are only curative for human beings. From a trainer’s perspective, a great way to help others is to have a motivated subject, and what’s more motivating than having the opportunity to interact with a dolphin in warm water? Dolphin therapy is still new to me. Not everyone likes the idea, but I’ve seen it firsthand, and my answer is this: if it helps people live happier, more fulfilling lives, and it’s enjoyable and uplifting for the dolphin, how can to be bad? Honestly, I LOVE IT!!!

It’s about prevention. Cleanliness and accurate records and communication are crucial. It’s about getting to know your animals and noticing even the slightest difference in behavior or attitude.

Dolphins are actively involved in taking care of their own health. All of them are trained to allow us to collect urine, fecal material, blow samples and spiracle swabs, gastric samples and blood, all voluntarily. This training and the voluntary participation of the dolphins reduces stress because the animal has control over its environment and the option to help us take care of it. The key is to make the experience very positive and rewarding.

If I had one wish:

I wish I could have a conversation sitting down with an animal. I’d love to hear what you have to say and how you really feel. It’s so tempting to anthropomorphize what highly intelligent animals really think and feel. For now, I have to make do with what the animals tell me through their behavior. I really try to listen and observe, and not impose my will or my beliefs on them.

Why did I become a coach?

I became a trainer because I love animals. Of course, it really goes way beyond that. I want to create the best life possible for animals in human care, as well as help animals in the wild. As a marine mammal trainer, I can do both. I feel that the animals in my care are ambassadors of those that live wild in the oceans. The close interaction and exposure our dolphins provide help people connect with wildlife and nature. This can provide the motivation people need to change their lifestyles in ways that help the environment and all the animals we share the planet with.

Human beings connect and preserve the things that matter to them. So what better way to build a connection than to touch, learn and experience marine mammals in close proximity? This also helps people respect all wild animals and protect their habitats. Marine mammals in human care also give us the ability to learn about them and how best to help them if they need rehabilitation after stranding or environmental disasters like oil spills. It’s an amazing feeling to nurse an animal back to health and watch it fully recover and return to the ocean! We wouldn’t know how to accomplish this if we didn’t have animals in human care.

I don’t think animals are better off dead than under human care. That said, the marine mammal industry is always evolving. We are learning more every day and therefore we are able to provide the animals in our care with both the love and environment they need to thrive. As care providers, we work together and share techniques and experience. This helps us to have an even greater connection with our animals and achieve things that we never thought possible with marine mammals. Simply put, animals never cease to amaze! We are incredibly lucky to share experiences with them and witness their extraordinary abilities.