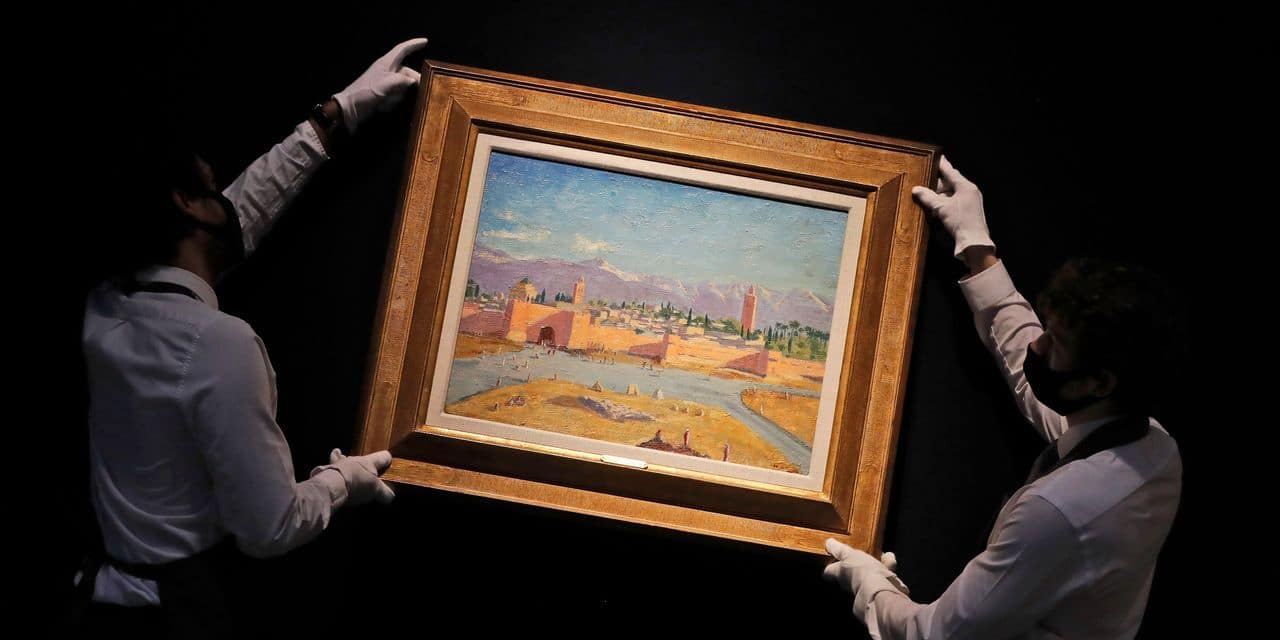 His father Randolph is the youngest son of the 7th Duke of Marlborough, owner of Blenheim Palace in Woodstock, Oxfordshire, the only English palace not to be owned by the royal family.

Eternal man with a cigar and a hat, little is known about his passion for painting. He started painting in 1915 when he was struggling with depression. He immortalizes landscapes in an impressionist style.

His paintings have gained in value in recent years. Thus, on March 1, an oil on canvas depicting Saint Paul’s Cathedral in London (1927) and another the minaret of the Koutoubia Mosque (1943) were auctioned at Christie’s in London. The Marrakech canvas was sold for £ 8,285,000, it belonged to actress Angelina Jolie.

At the same sale, a painting entitled “Scene in Marrakech” that Churchill had offered to Field Marshal Bernard Montgomery was auctioned for £ 1,550,000.