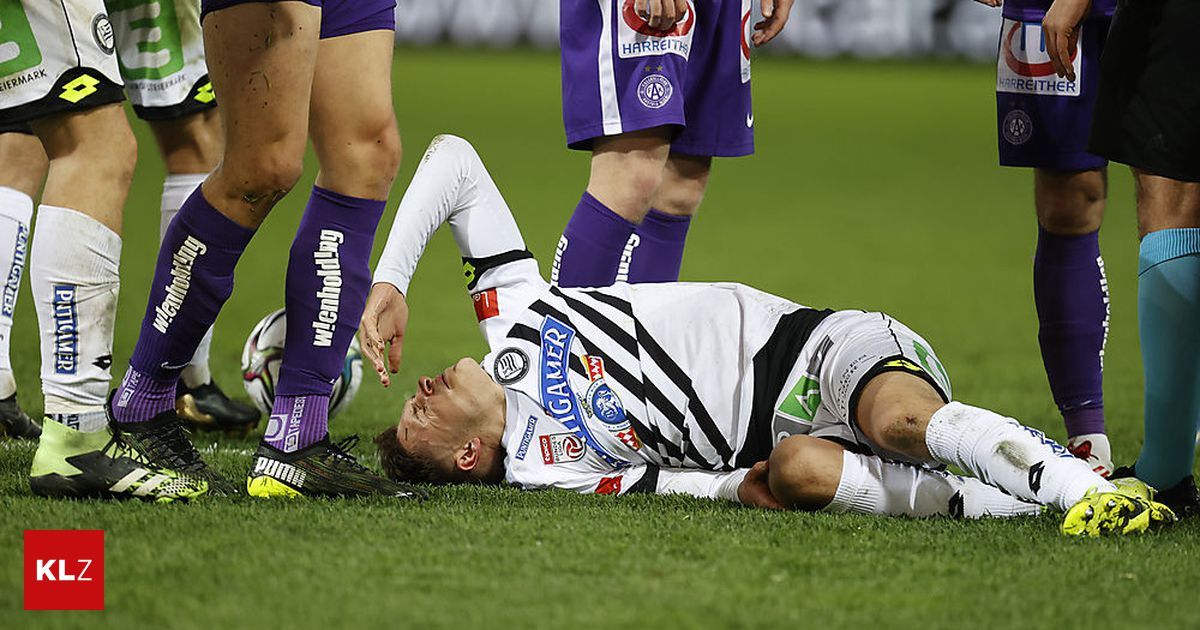 After a rough entry by Benedikt Pichler, striker full-back Sandro Ingolitsch probably sustained a serious knee injury. The exact diagnosis should be clear on Monday.

“We are a mentality team that invests everything right through to the end. That was the case again today and I like this development.” With these words analyzed Storm trainer Christian Ilzer the 2-1 home win of his team against Vienna Austria, which only after a turbulent final phase thanks to the hits from Kevin Friesenbichler (85.) and Jon Gorenc Stankovic (94.) or Dominik Fitz (87.) came about.

For Ilzer this was also a “nice win with a negative climax”. The reason for this is an injury to Sandro Ingolitsch, which he was at a rude boarding of Austria offensive man Benedikt Pichlerwho saw the red card for it, has drawn.

Ingolitsch was immediately ins UKH Graz delivered. The exact diagnosis should not be known until Monday. But the 23-year-old is believed to have torn a cruciate ligament and collateral ligament. That would probably result in a failure until late autumn.