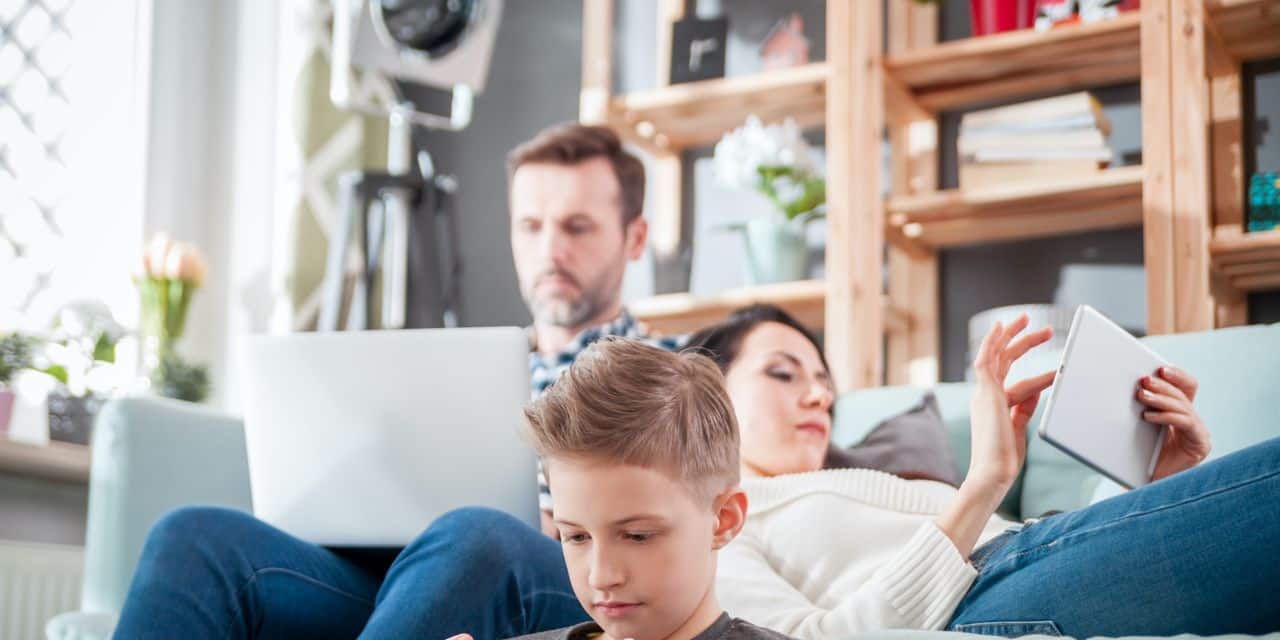 In recent years, screens have taken an important place in our daily lives. Fewer and fewer homes have a television, it’s true, but besides that, other screens abound everywhere, to the point of becoming real magnets. Even more during this period of crisis when the world is cut off from external contacts. Today, everything is accessible with one click. No need to travel to go shopping, buy the daily newspaper, change the world over a drink or take out the good old board game that will amuse the whole family. It is now via screens that it happens. And this to the detriment of family relationships.

In A day without a screen, a children’s book published by Éditions Fleurus, Emmanuelle Lepetit talks about this omnipresence of screens and how it deprives parents of a bond with their children, and vice versa. “We just have to look around us. Today, screens take more and more place in our life. At the beginning, we use them to fill a void and, then, they nibble our time little by little and end up making us totally dependent.“, explains the author who, in order not to return her work”boring and moralizing“, had the idea to reverse the roles between parents and children. Narrator of the story, a little girl declared open the day without a screen after her mother burned her toast because of a video sent on social networks. “Now that’s enough !“she exclaims.

Deprived of their favorite toy, parents react like children. At the table, the atmosphere is not there. And when the children suggest they go for a walk outside, mother and father go to get dressed, moaning. Expressions that have been superbly interpreted by the pencil stroke of the Spanish illustrator Ana Duna. “With this book, I wanted to show that there are things that happen when you move away from the screens. When we are in our bubble, we do not realize that outside, the sun is shining, that the weather is nice and that we could enjoy nature“, explains Emmanuelle Lepetit.”This is good for parents and children but also for the bonds that unite them. We rediscover ourselves and we rediscover moments of complicity that we had overlooked until now. “

Result of a day without a screen in the family of the young girl with two plaits? Parents and children happy to have spent a day together, far from tablets, smartphones and televisions. “ At the end of the book, we see that the parents are released. They are much closer to each other. They run hand in hand through the park, the father plucks a bouquet of flowers for his wife“, explains Emmanuelle Lepetit who concludes by saying that”all this requires a minimum of effort but that the fruits of these are real and worth it.“