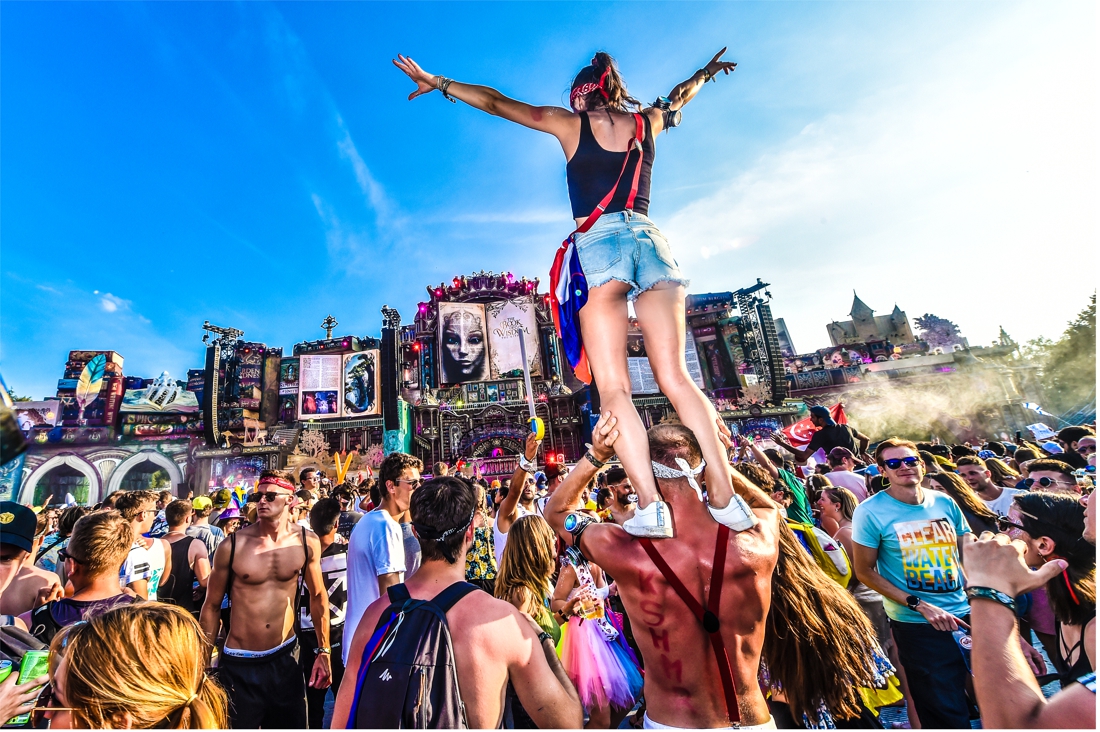 A day after Rock Werchter gave up the summer of 2021, Tomorrowland is continuing. The festival is announcing a shift to the end of August.

‘Together with the People of Tomorrow, we believe in better times. We will unite again‘, it sounds resolute in a message that Tomorrowland’s 400,000 ticket holders will receive in their mailbox today. The festival organization announces that the 2021 edition will exceptionally shift to the end of the summer.

“The two festival weekends planned at the end of July are likely to come too early this year due to the ongoing covid-19 pandemic,” the message said. But Tomorrowland hopes the situation will improve. That is why the festival will be moved once to 27, 28 and 29 August and 3, 4 and 5 September. ‘

Postponing a mega event like Tomorrowland for six weeks is no mean feat, spokeswoman Debby Wilmsen agrees. Rock Werchter refrained from a shift to September because, among other things, the extensive touring tours of pop and rock bands made this delay logistically difficult – then DJs are more flexible. ‘When choosing the date, we also had to take into account factors such as the weather and the availability of the meadows for parking and camping,’ explains Wilmsen. ‘Our suppliers who also collaborate with other festivals must still have sufficient stock at that time. The security services must have capacity for such an event, and we work with many freelancers who have a permanent job in education or the construction sector: they must also be able to free themselves. In recent weeks we have worked hard to solve that puzzle, also in collaboration with the government. That’s how we came to these two weekends. ‘

But the most important elements will still be the contamination curve of the corona virus and the vaccination coverage, Wilmsen realizes. ‘Based on what we now know about that, we believe in a festival on those dates. But that is of course subject to change. We do not know what the next weeks will give. Regardless, we will follow government decisions and guidelines. We expect to know more about this in May. But the well-being, health and safety of the festival goers, partners and local residents remain a top priority. ‘

In The newspapaer Sciensano virologist Steven Van Gucht expressed doubts about the feasibility yesterday. ‘Mass events like Tomorrowland are the very last thing we will be able to unload. This is only possible if there is at least 70 percent basic immunity. It’s not out of the question, but even in the best case, if every person over 18 has had a first shot by July 11, it will be very difficult before the end of August. ‘

The message from Tomorrowland is also a bit of a waste. ‘We want to remain positive and hopeful, but we also realize that there is a chance that the sixteenth edition of Tomorrowland will have to take place in 2022.’ A similar formulation was heard yesterday at the Dutch festival Lowlands, which announced a poster with 50 names, accompanied by the warning that ‘the measures may still show that not all acts can come.’

For a festival like Tomorrowland, the main barriers are the maximum capacity, the one-and-a-half meter requirement and the travel ban – more than 40 percent of ticket holders come from abroad. The organization of the Dour festival previously indicated that it would rather ignore the chalice this summer without the chance of a ‘regular’ festival. Is Tomorrowland also playing all or nothing with this shift? Wilmsen: ‘Not necessarily. We hope that with this six-week delay we buy our freedom. But we will re-evaluate in May. Then when the government says no events until October, it’s clear. When they say: only events with distance rules, we have to reconsider what is feasible. Now we mainly want to send out a positive signal. ‘

For the start of the festival, Tomorrowland was already allocated 1.8 million euros this week through the cabinet of Minister of Economy Hilde Crevits (CD&V). This advance should help with the running costs of the festival: for example, it already has to make advance payments to reserve the Dreamville camping lodges. If the festival is still canceled, Tomorrowland does not have to repay that advance to the government. Not that all accounts have been settled with this: according to the organization, the covid year 2020 will be a loss of 11.5 million euros. Does the festival need an edition in 2021 financially? “Missing an extra season wouldn’t be good for the company anyway,” says Wilmsen. ‘Both financially and morally, and both for us and in the broader sector. But we are not naive: we are also taking into account the scenario of another year without income. ‘

That would not remain without consequences in the rest of the Belgian economy. According to calculations by the organization, Tomorrowland in a normal year would have an economic impact of 228 million euros (direct, indirect and derived) on our economy, resulting in 93 million euros in tax revenues for the government. The ‘Global journey’ travel packages offered by the festival alone, according to Tomorrowland, ensure the busiest two weekends of the year for taxi companies, more than 60,000 hotel nights and 10,000 passengers at Brussels Airport.