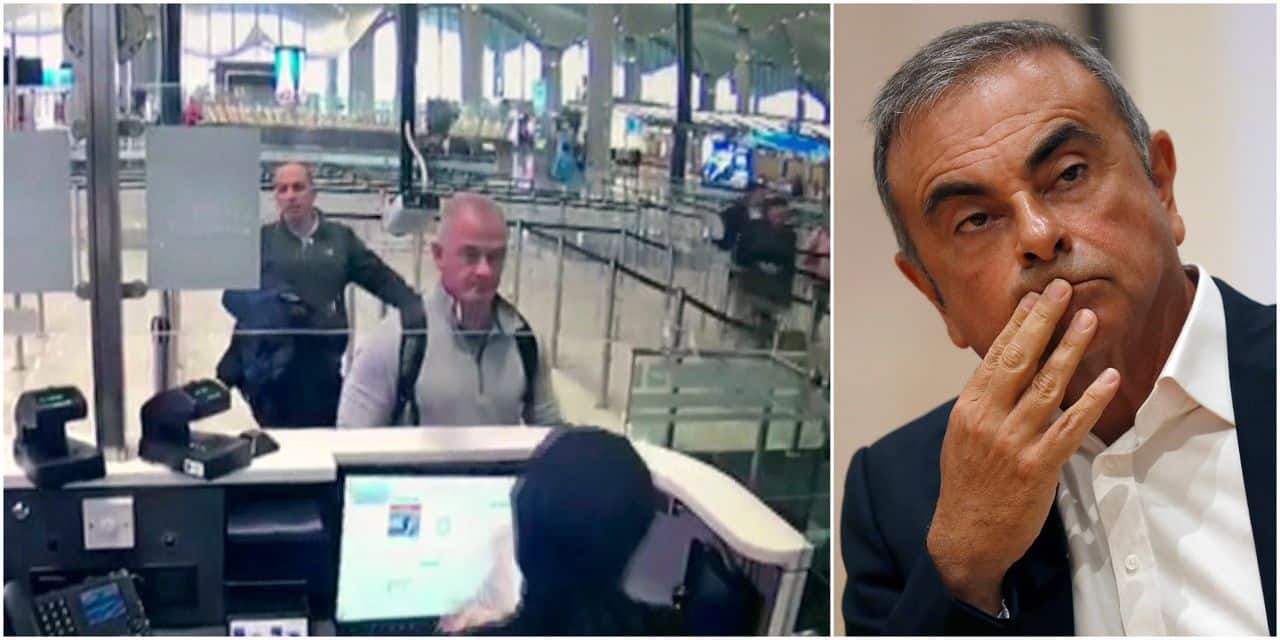 “The Special Investigation Unit (of the Tokyo Prosecutor’s Office, Editor’s note) asked the Tokyo Magistrate’s Court for a trial to take place for the two defendants in connection with their assistance in the escape of a criminal “, prosecutors said in a statement.

Michael Taylor, a former member of the American special forces converted to private security, and his son Peter were extradited from the United States in early March after having exhausted all possible remedies.

Upon arrival in Japan, they were taken to Kosuge Detention Center in Tokyo, where Mr. Ghosn had been detained for 130 days between November 2018 and April 2019.

The Taylors have not complained about their conditions of detention, an official from the Tokyo prosecutor’s office told reporters on Monday.

Prosecutors said in early March that the two men risked up to three years in prison if their alleged role was confirmed by Japanese justice.

The Taylors were arrested in May 2020 by the American justice system under a Japanese arrest warrant. They then remained detained in the United States because they were considered to present a “great risk of flight”.

The two men had multiplied the recourse to their extradition to the Supreme Court of the United States, in vain. They had notably argued via their lawyers that they feared being subjected to conditions close to torture if they were handed over to the Japanese authorities.

The Japanese authorities are still looking for a third alleged accomplice of Lebanese origin, George-Antoine Zayek.

“One of the most cheeky leaks”

Carlos Ghosn’s flight had taken place in an incredible way. On the morning of December 31, 2019, Japan discovered with amazement the arrival in Lebanon of its most famous accused.

Two days earlier, while on bail pending trial for alleged financial embezzlement at Nissan, the Franco-Lebanese-Brazilian had quietly left his home in Tokyo to join Osaka (west of the country) in train with two accomplices.

He is suspected of having escaped controls at Kansai International Airport, near Osaka, by being hidden in a large box of audio equipment on board a private jet. Baggage screening was not mandatory in Japan at the time for this type of device.

Mr. Ghosn arrived in Beirut on December 30 after correspondence in Istanbul.

A document from US prosecutors refers to “one of the most brazen and best orchestrated leaks in recent history.”

The fallen auto tycoon, who is the subject of an Interpol arrest request, remains beyond the reach of Japanese justice because Lebanon does not extradite its nationals. Lebanese justice, however, prohibited him from leaving the country.

“I did not flee justice, I escaped injustice,” hammered Mr. Ghosn in early January 2020 during a conference-show in Beirut in front of cameras around the world.

Despite the absence of the main defendant, a criminal trial opened last September in Tokyo to try the former Nissan legal official, the American Greg Kelly, who was arrested in Japan on the same day as his big boss and who, like him, proclaims his innocence.

Three Turkish nationals were also sentenced at the end of February by an Istanbul court to four years and two months in prison for their role in the exfiltration of the businessman. Two other pilots and two flight attendants, tried at the same time, were released.