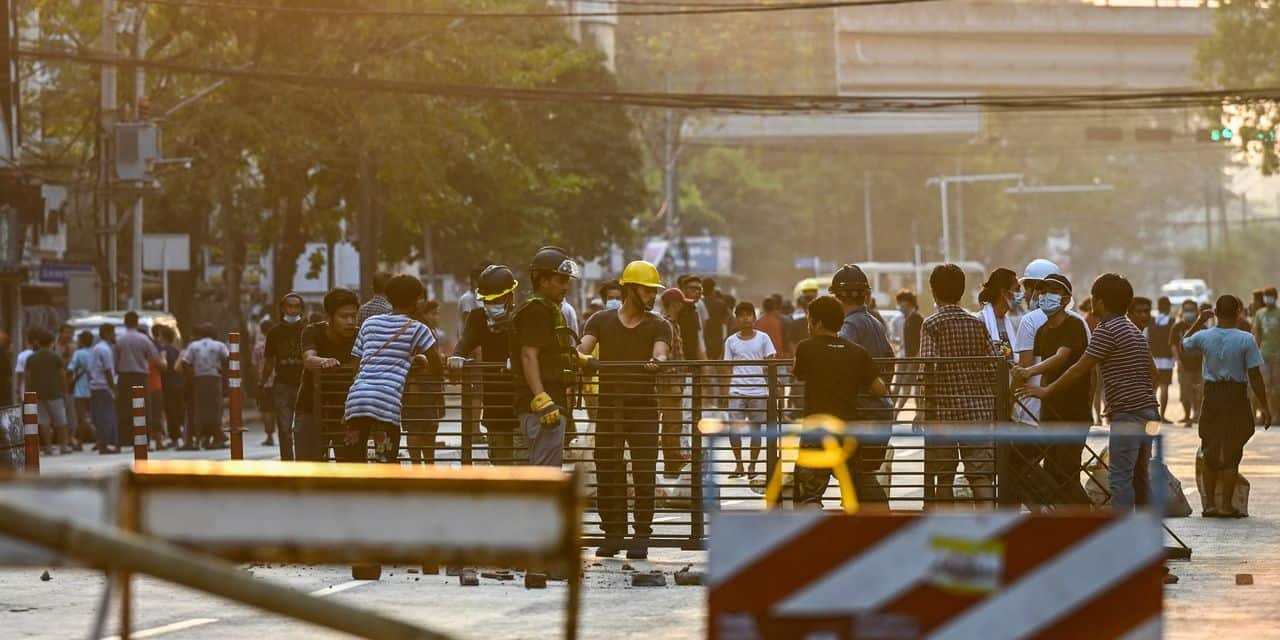 Despite having strained bilateral relations with Beijing, the United Kingdom tried it for six days with success after a negotiating twist.

“Criticizing the military is a first for China”, notes a European diplomat on condition of anonymity, still surprised by the Chinese turn while Beijing has always qualified the crisis in Burma as “an internal affair”.

According to several diplomatic sources, this turnaround can be explained by a more peaceful Sino-American relationship, without the brutal outburst of Washington as under Donald Trump, and by the “embarrassment” of China in the face of a coup that brought it down taken aback and which leaves her without a strategy to end the crisis.

“The Chinese do not want to be seen as the godfathers of the junta”, sums up a diplomat, also on condition of anonymity. “They are nervous, have not found what can be the right answer”, adds an ambassador, asking not to be identified. According to him, the important thing for Beijing is “the stability” of Burma and its borders with China, “no matter what kind” of stability, whether it is provided by the military or civilians. And today with daily protests, this is not the case.

In mid-February, Chinese Ambassador to Burma Chen Hai said the military takeover, which ended ten years of democracy in Burma, “was not at all what China would want. see “and clarified that Beijing had” not been informed in advance of the political change in the country “.

The UN Security Council’s unanimous statement Wednesday, however, does not include the words “coup”, never recognized as such in Beijing or Moscow, nor any mention of possible additional “measures”, opening the door international sanctions.

These two references appeared in the first text proposed Friday by London, in charge of the Burmese file at the UN, as in a second given Monday evening to its 14 Council partners, according to copies obtained by AFP.

For China and Russia, these were “red lines” not to be crossed. But India and Vietnam, two non-permanent members of the Council, had the same.

In its first unanimous statement of February 4, displaying its “deep concern”, “the Security Council itself had not spoken of a coup d’etat. Why would it do so now?” week an Asian diplomat. “It is important for neighboring countries to know exactly what they accept”, he added, criticizing the vagueness surrounding “measures” which could “have direct consequences” on States which do not “have the luxury of the distance”.

In the negotiations, the West, for whom it was essential not to put the opposing parties in Burma on the same level, had to face a rather united front from Asia, supported by Moscow, but “constructive and reasonable” , decrypts a diplomat.

On Friday, after a rare closed-door meeting on the subject, the United Kingdom had submitted a draft text to its 14 partners, asking them for comments to be submitted by Monday at the latest. On Monday evening, a revised text taking into account some of the observations is again submitted to the Council, with the instructions that it is to be taken or left before early Tuesday.

At the UN, the Russian and Chinese missions often use the argument of jet lag to explain not having instructions from their capital and to drag out discussions.

Tuesday, additional time is granted to them until the evening. Shortly before the deadline, the two countries announce their opposition to the text. Vietnam and India are doing the same, but proposing amendments. London gets back to work overnight, withdraws the two disputed mentions (coup d’état and possible additional measures) and rests on the table a third draft text, with instructions for a mandatory response before Wednesday noon.

Finally, the compromise approved by the Security Council, firmer than the first declaration in early February, highlights the role of the Association of Southeast Asian Nations (ASEAN) as desired by its Asian members, but in being critical as never before of the Burmese generals.