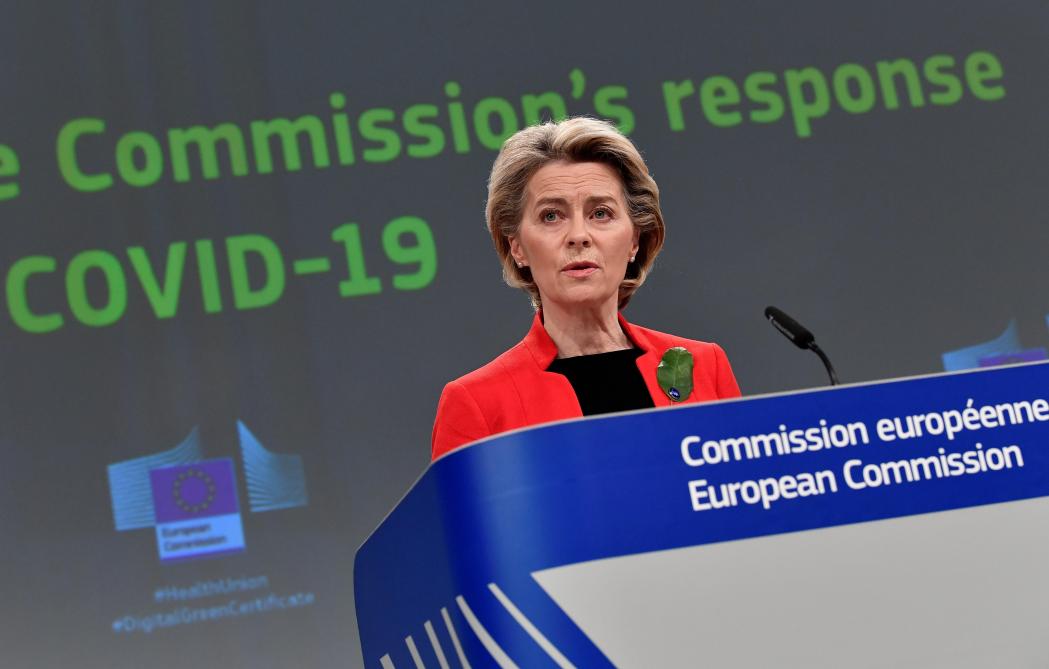 Lhe European Commission threatened on Wednesday to tighten the conditions for exporting anti-Covid vaccines outside the EU, in order to obtain – in the name of “reciprocity” – doses from countries which also produce them, in particular the United Kingdom .

“We want reciprocity and proportionality in exports, and we are ready to use all options (…) to ensure that Europe receives its fair share”, warned the President of the European Executive, Ursula von der Leyen, at a press conference.

“The roads must be open in both directions (…) We export a lot of vaccines to countries which produce them themselves. It is an invitation for them to be open (…) If the situation does not change, we will have to reflect on exports to producing countries, depending on their level of openness, ”she insisted.

“We are still waiting to see doses (of AstraZeneca) coming from the UK. We invite (London) to show us that there can also be vaccines exported from the United Kingdom to the EU, so that there is reciprocity ”, insisted the head of the Commission.

London sourced from European sites for 9 million doses between February 1 and March 9, according to European figures, or about a third of the total doses administered to the British on that date. It is the largest export market for vaccines produced in the EU.

Conversely, no dose produced on British soil was exported to the EU.

However, the contract signed by the Commission (which negotiated on behalf of the Twenty-Seven) with AstraZeneca provided that the doses intended for Europeans would come from four factories, including the two located in the United Kingdom: a commitment that never materialized, according to Brussels.

Charles Michel, President of the European Council, castigated the attitude of London last week, which immediately denied having imposed a formal export ban.

While Brussels had previously asserted that its “control mechanism” was not “supposed to restrict the exports of companies honoring their contracts”, “we expect the EU to keep this commitment,” a door observed on Wednesday. – speech of the British government.

Heavily criticized for delays in laboratory deliveries, Brussels set up a control mechanism at the end of January requiring vaccine exporters to request a prior green light from the authorities of the European states concerned.

Since then, the EU has approved more than 300 export applications to 33 countries, representing a total of 41 million doses.

Only a shipment of 250,000 doses to Australia has been blocked – to the chagrin of Canberra, which on Wednesday asked the European authorities to have “emergency” access to a million AstraZeneca doses, not for Australia but for Papua New Guinea, a neighboring developing country.

“There are no exports from the United States to the EU and there are also no European exports to the United States,” she noted. On the other hand, “there is an unhindered and intense flow on both sides of raw materials and components (for the production of vaccines)”, she explained.

In the United States, a presidential executive order prevents any export of vaccines as long as the country does not have a sufficient quantity to vaccinate its population. But the export of components is regulated, subject to specific authorizations.

According to the New York Times, the United States has stocks of some 30 million doses of AstraZeneca, manufactured on its soil but not used, the vaccine having not yet received the green light from the American regulators.