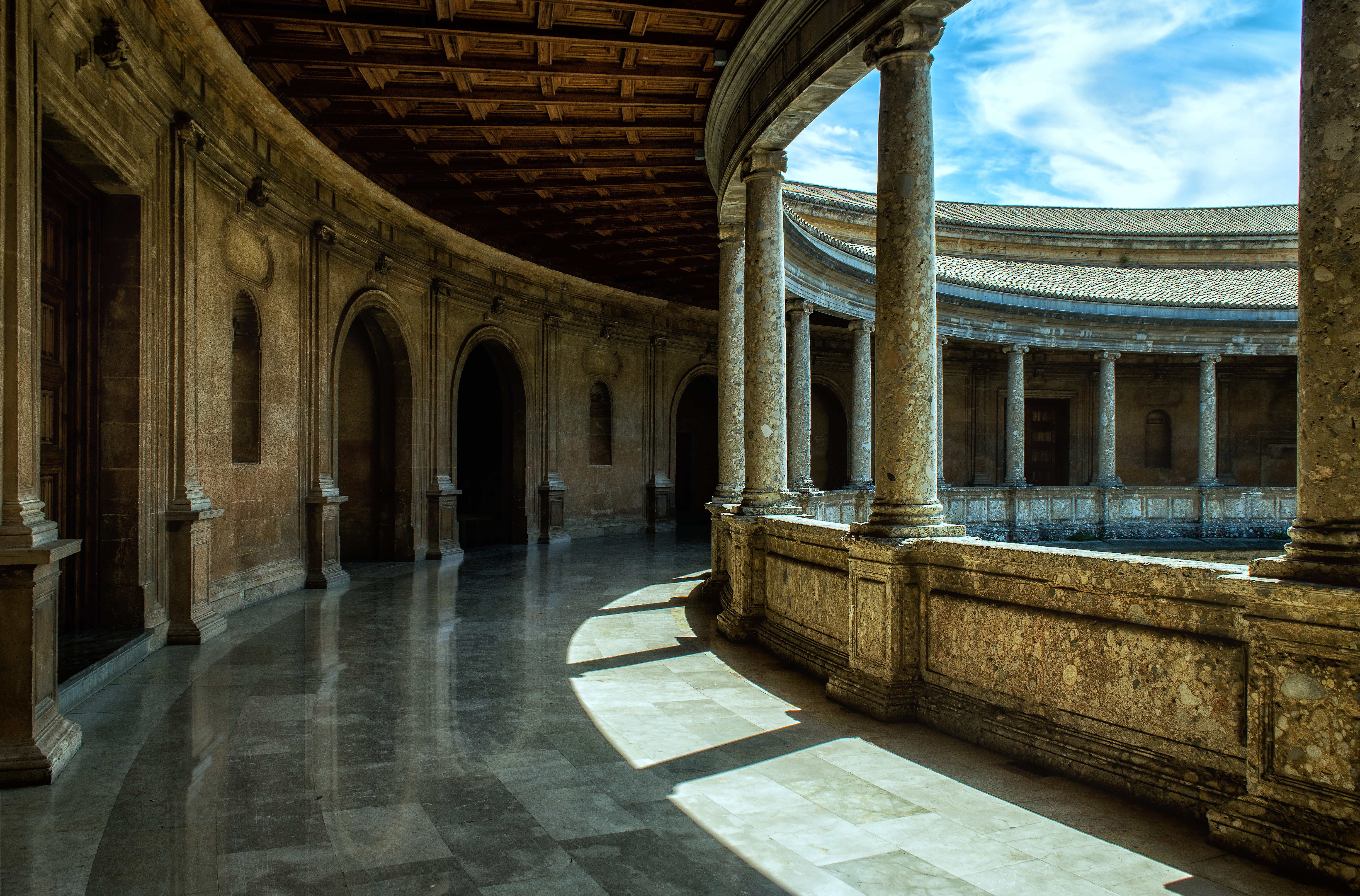 “Everything that can be invented has been invented.” ~ Charles H. Duell, Commissioner of the United States Patent Office in 1899.

“Today’s children are tyrants. They contradict their parents, they devour their food and they tyrannize their teachers.” ~ Socrates

Why is popular music so bad today? I mean, I’m not that old, but God, today’s music, with just a few exceptions, kinda sucks. Some would say that when New Years Eve 1979 ended, we entered an era of boring music that we have not yet escaped from.

I grew up in the 80s and I remember listening to the Beatles, John Lennon, Simon & Garfunkel, Roger Waters and Pink Floyd, the Rolling Stones, Bob Marley and David Bowie, to name a few, with my brothers or my father. I remember seeing album covers scattered around my brother’s bedroom. Albums, not CDs. (If you are a really young reader, albums are like CDs in that they are flat and round, but black and much larger. However, they do get scratched and don’t perform like CDs.)

Some say that the 1960s was a turbulent time in the United States and the world and thus created a perfect environment and culture for innovative and creative music. But let’s face it. These days are also quite turbulent. So where are today’s Crosby, Still, Nash and Young to sing about our involvement in Iraq? Or where is today’s Paul Simon to protest the government’s stance on stem cell research? All we have recently received is the new Paris Hilton CD. Paris Hilton? Isn’t she famous just for being famous? And his new CD got good reviews.

Before someone accuses me of painting a broad brushstroke condemning all music after 70s, let me just say that in more recent times there have been a small number of good things like Phish or Midnite, and even politically minded music like U2, but not close to the creative amount of earlier times.

I remember when the Dixi Chicks demonstrated against President Bush and the Iraq war. While not a bad band, they will hardly achieve iconic status. And they paid dearly at the hands of big business for their outspoken opinions. That’s a far cry from the politically charged days of Woodstock, where a lot of artists talked and turned things around.

If you think about it, there are only a few artists or bands that can regularly sell large stadiums nowadays. These are the icons. And the vast majority of those artists are pre-80’s bands! Between last summer and this summer, these are some of the big concert ticket sellers: The Rolling Stones, Pink Floyd’s Roger Waters, Paul McCartney, Barbra Streisand, Eric Clapton, and The Eagles.

I recently read an article that suggested that music and tour promoters, large venue owners, and ticket companies are concerned about the drop in concert sales after legendary artists stop traveling. They realize that the great arenas will be difficult to sell after the dinosaurs go extinct. Who are the artists of today who will achieve that status tomorrow?

In a recent interview with Joe Walsh on Sirius Radio, Joe said that there isn’t so much improvised rock anymore. And I agree. When asked which bands he thought were decent these days, he couldn’t think of any for a while, finally saying that he thought the Goo Goo Dolls were good. Hmm.

Maybe I’m kind of a curmudgeon, but today’s Top 40 isn’t as good as it used to be. Is Kevin Federline really talented? I recently found out that his nickname is K-Fed. How about fed up? I think K-Fed, J-Lo, X-tina (Christina Aguilera, no kidding) and A-Rod need to get together ASAP and rethink their weak nicknames, just a FYI.

– Panic! At The Disco – I write sins, not tragedies

– Mariah Carey – The Emancipation of Mimi

– Wings – Wings at the speed of sound

– Original soundtrack The Sound Of Music

Is it just me, or is there an obvious difference between the two 21st century lists and the two second 20th century lists? To be fair, I actually own Monkey Business and I like it. Also, Green Day is decent. It’s true that Wings isn’t Paul McCartney’s best music, but it’s Sir Paul after all, and Chicago and The Beach Boys are a bit weak. But in general, the lists just don’t compare.

The music industry itself has changed so drastically that I think that is one of the main reasons why there is a gulf between today’s music and the creations of yesteryear. Like sports and medicine, music in another industry that has been the victim of big business and American capitalism.

The actual quality of music is no longer what drives the industry. Instead, people with money and power in record labels notice that, for example, some bad music sells well to young people, and therefore they decide that from then on they will only find and promote that kind of bad music, already that made a few bucks. They totally stopped listening to the music and instead just listen to the dollars.

The music they create no longer determines the success of a band. Instead, entertainment conglomerates tell fans what to listen to and that determines success. They do this because they have such stifling control over the media. Now we only have the illusion of choosing. A vicious cycle has begun in which the entire industry is relentlessly spinning downward, unable to find support on the sides of some slimy corporate funnel, spinning uncontrollably down into the abyss of painfully bad music.

Some bands occasionally slip through the relatively intact vortex, circumventing the almost institutionalized process of “doing it” set by music executives. Phish is a great example of this. They were very successful despite the music industry. Because they were so good and tenacious on touring and jamming, they attracted a huge fan base. The sheer number of eventual fans that Phish had given them gave them a power that most artists today cannot have. Most other artists have to do what people with the pockets tell them to do. And that often makes for bad music. Unfortunately, Phish isn’t even together anymore. But they are a rare exception, as they arrived after the 70s and were very creative and improvised.

Another thing that contributes to bad music today is technology. These days, Hollywood actors who can’t sing can have singing careers. Engineers retouch their voices and use every digital sound technique out there to make an average product sellable, just as magazines airbrush models and actresses, cutting back on years to complete the illusion. There are many ways that music engineers can do this in the studio and even for artists on the road.

Ashlee Simpson is a good example of this. First, we saw her on Saturday Night Live caught with plunging lips. Then I heard a recent interview where Joe Walsh’s daughter Lucy Walsh admitted that as Ashlee’s keyboardist, she always dubbed Ashlee’s voice while on tour.

I know that in any age there will be goofy musical acts like Ashlee Simpson, Kevin Federline, and Paris Hilton. I realize that during Bob Dylan’s time there were also many weak but famous musical artists. My complaint is that it seems like in every other era at least enough really great and original music was created to balance things out.

Let’s back up. We’ve looked at 21st century popular music a bit on the charts above and I don’t see any really original music there. Some may argue that the grunge era of the 90s produced great and original music. I contend that almost all of that music was so heavily influenced by the rock of the 60s and 70s that it really wasn’t that original at all.

The music of the 80s matched the hair and clothes of the time, pathetic. The synth was new then, but the music was reasonably bad, and certainly not timeless. But then we hit the 70s and 60s. Those are the last decades that raised hopes for people like me, who yearn for fresh, original, creative and improvised music.

In 1899, the Commissioner of the United States Patent Office wrote: “Everything that can be invented has been invented.” Okay, maybe it was a bit out of line. But, in a way, everything that looks new is actually new combinations of existing things. Music is no different. I hope we go back to the days when beat, beat, harmonies, and melody combinations get as creative as they were in the 60s and 70s.

But perhaps things have not changed much even since the time of Socrates. He thought of children as tyrants, as if his generation were the last of a dying race of angelic children. Maybe he just didn’t understand the kids of his day, and maybe I’m the same way.