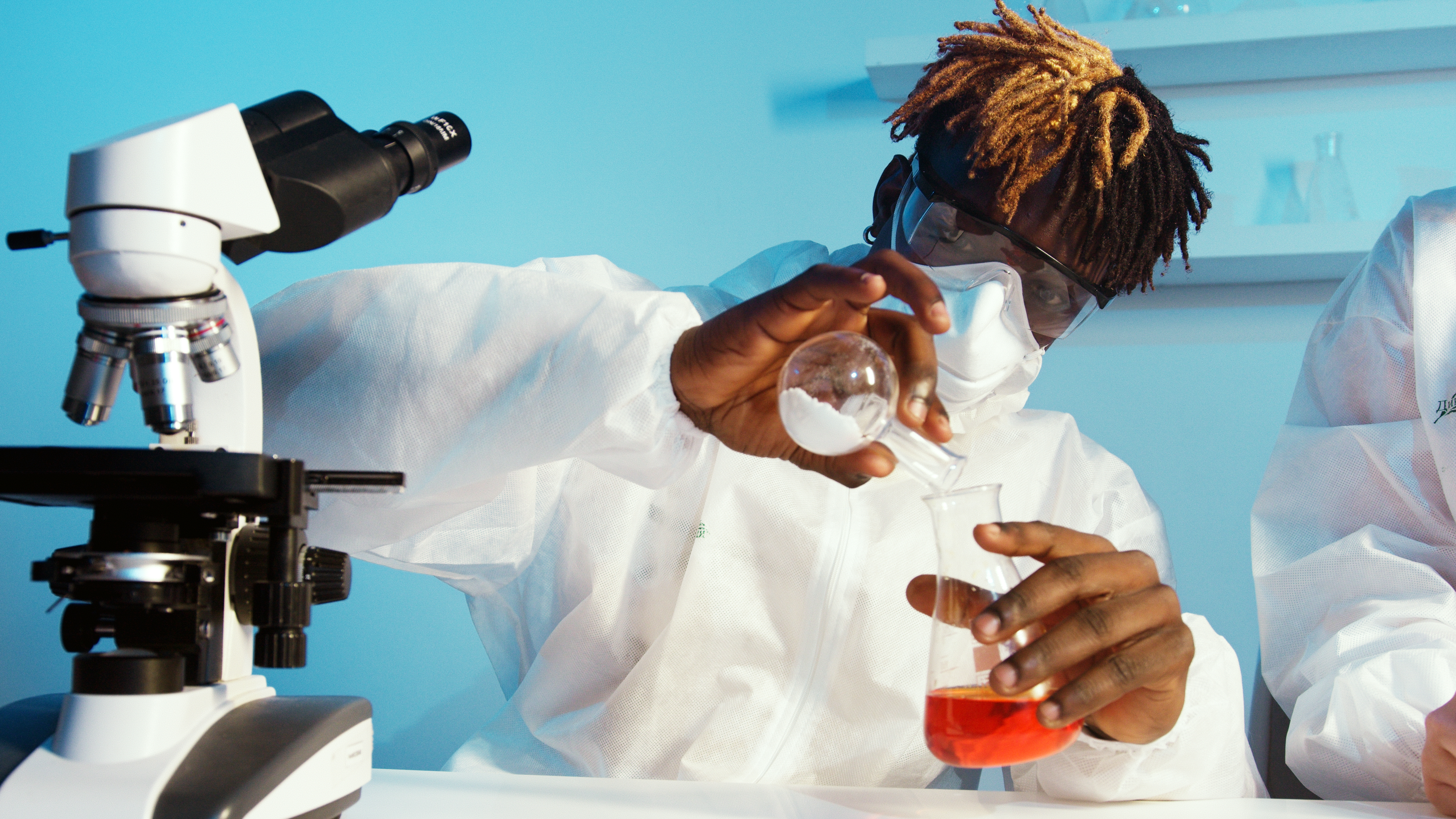 Legendary cell therapy-based anti-aging treatments have been offered in Germany for the last 60 years with great success. The integrative approach used during cell therapy procedures helps to reduce the biological age between 7 and 10 years. Life begins in the organizational stage of the single cell and ends in the domain of the multicellular organism. The ultimate goal of any medical treatment must be the restoration of all the capabilities of the functional unit of life: the cell. Only healthy and functional cells can allow tissues and organs to fulfill their function of guaranteeing the development and survival of the organism. As we age, more cells die or malfunction compared to the number of new cells that form inside our bodies. This downward process generally begins after the age of 35 in most people. Unfortunately, current pharmaceutical medicine is oriented towards the “relief of symptoms” that can be recorded or deducted by means of scientific and technical aids (microscope, electron microscope, biochemical data, electronic records). So you are neglecting all the dimensional areas below and above the so-called objective detection methods and by doing so you define their limits.

In cell and organ extract therapy, cells or extracts from various fetal animal tissues are administered by intramuscular injection into the human body for therapeutic purposes. These xenograft implants break down into their basic elements (enzymes, polypeptides, deoxyribonucleic acids, ribonucleic acids and other basic organic substances) and are reused by the cells, tissues and organs of the treated person. The fundamental theory behind organ extract and cell therapy is the ‘Similia Similibus’ principle or ‘Like Cures Like’, as stated by Paracelsus, a 16th century physician and philosopher. Paracelsus and many other early physicians believed that the best way to rebuild or revitalize diseased organs or aging tissue was to use healthy living cells of the same type of tissue. Modern cell and organ extract therapy refers to treatment by injection with cellular elements and whole cells from healthy sheep or calves or fetuses specially bred for medical purposes in a strictly controlled and pollution-free environment in high alpine mountains. Organ extract and cell therapy actually “awaken” dormant cells within the human body, thereby stimulating the growth and function of existing tissue and repairing or regenerating old and malfunctioning cells. Organ extract and cell therapy offer something that vitamins, minerals, and other conventional or natural treatments cannot. It can provide the exact components necessary for injured or diseased tissue to heal and regenerate. While most medications work by suppressing certain symptoms for a short period of time and only while they are being taken, organ extracts and cell therapy stimulate the body’s healing and revitalizing powers and have a long-term effect.

The history and science of cell therapy:

Cell therapy dates back thousands of years. Written in 1600 BC, the Eber Papyrus of medicine recommended the injection of animal organs to enhance human vitality. In the Middle Ages Parcelsus observed, for the first time, that the organizational unit of all life; the cell, was the element of ‘like cures like’. In the late 19th century, French Nobel laureate Dr. Alexis Carrel discovered the potentially immortal nature of cells by keeping fragments of a chicken heart alive 25 years after the bird’s death. This achievement was accomplished by combining cell material from different hearts in cell culture. In the late 19th century, the Parisian physiologist CE Brown-Sequard recognized the power of cell therapy by injecting himself with an extract made from the testicles of a young bull. His virility subjectively increased due to the testosterone in the extract. In the 1920s, Russian ophthalmologist Vladimir Filatov pioneered the application of fetal cell therapies and aloe plant extracts for non-specific rejuvenation in patients with chronic diseases. His first claimed successes were in the reversal of retinitis pigmentosa and involutional retinal macular degeneration. In the 1930s, surgeon Niehans became increasingly interested in endocrinology while serving as chief of staff at one of the renowned German/Swiss hospitals. One of Niehans’ first discoveries was that cells derived from the organs of fetal sheep could be injected into the human body without activating the natural defense mechanism that acts to reject foreign proteins.

In 1931, Paul Niehans was summoned to an emergency operation where he was asked to perform a transplant on an elderly woman whose parathyroid glands were accidentally removed during thyroid surgery. The patient was in critical condition and in a race against time, Niehans sought to inject the woman with ox parathyroid cells suspended in a saline solution, crudely prepared on the spot. The woman who would otherwise have died immediately, in fact, quickly stabilized and continued to improve while she lived another 30 years! In the forty years after his first successful experiments, Niehans applied his discoveries in organ extracts and cell therapy more than 50,000 times. Niehans’s patients included such celebrities as Charles Chaplin, Robert Cummings, Joan Crawford, Charles de Gaulle, Dwight and Marnie Eisenhower, Winston Churchill, Charles Boyer, Bernard Baruch, the Duke and Duchess of Windsor, Joseph Kennedy, and many others. In 1953, Niehans was called to the sickbed of Pope Pius XII. In gratitude for the successful results of his own cell therapy, Pope Pius XII invited Niehans to become a member of the Papal Academy of Sciences. Niehans also conducted research on the cancer-resistant properties of fetal mesenchymal cells within a well-regulated connective tissue matrix. He used frontal brain cells to treat mongolism. He used cell extracts from skin and eyes to treat albinism, injected liver cells to treat cirrhosis, and used testicular cells to treat impotence. More than a thousand scientific studies have proven the effectiveness of cell therapy. By radioactively labeling the tissue extract, the researchers have been able to determine what exactly happens to the organ extract and cellular material after it is injected.

The cell therapy preparations are derived from fetal sheep or calves according to a patented manufacturing and cryopreservation process in northern Germany. These preparations should always be injected in freshly prepared form for maximum therapeutic effect. More than 30 preparations of different types of tissues are available. All preparations are manufactured by a GMP certified laboratory and are subjected to a multitude of stringent microbiology and biological viability tests to ensure the highest degree of efficacy and safety. Each preparation contains > 10 million tissue-specific cells derived from living tissue.

Each patient first undergoes blood, urine, and other functional diagnostic tests that specifically measure “pro-aging” + “antioxidant status” + “hormone levels” parameters. This gives the treating physician good information about the current functional status of the different organs of the body and helps design an individualized (customized) anti-aging program. The Revitalization Program involves the rejuvenation of 3 major body systems that govern aging. They are the endocrine system, the immune system, and the detoxification system. Mere injection of cell therapy preparations may not give excellent results. That is why, prior to the cell therapy procedure, each patient undergoes extensive IV/IM detoxification procedures, intravenous ozone sessions, laser blood revitalization, high dose IV vitamin/mineral/trace element therapies during several days to make the body’s organs as receptive as possible to the new incoming cells. Rejuvenation of the 3 body systems mentioned above has shown a dramatic reversal or slowing of premature aging, regaining vigor and vitality, libido, increased interest in daily activities, increased mental focus, and healthy skin and less wrinkles. The following organ cells are used: Thymus, brain, spleen, liver, kidney, heart, adrenal gland, pituitary gland, skin, ovary, or testis.

Since cell therapy preparations have very low antigenicity; they are not readily recognized as foreign by the recipient’s immune system and therefore do not normally cause significant clinical side effects. Donor animals and all preparations are extensively tested to rule out transmission of zoonoses and infections; there are no known cases with the use of these preparations. Acute allergic reactions with fresh frozen or lyophilized organ extracts and cell preparations are extremely rare. Should such reactions occur, they are easily managed with antihistamines, steroids, and intravenous fluid expansion. Organ extract and cell preparations of fetal xenogeneic cells invigorate old, tired and degenerated cells, stimulating them to function with renewed efficiency, thus improving organ function and the vigor and vitality of the entire organism: Total revitalization of the body.

Every procedure and therapeutic intervention carried out during the anti-aging program is for the regeneration of the individual cells and organs of the body (i.e. regeneration from the INSIDE), because the aging process begins first at the cellular/body level. organs and then, over the years, it slowly appears. externally such as wrinkles on the face, or development of some chronic disease, or general loss of vitality, or weight gain, or forgetfulness, or hair loss, or loss of libido, or decreased eyesight, or poor quality of sleep, etc. Undergoing a cell therapy-based anti-aging program once a year after the age of 40 not only helps you “look and feel” significantly younger, it also offers excellent prevention against the diseases of aging, viz. Diabetes, heart disease, high blood pressure, impotence, cancer, etc.