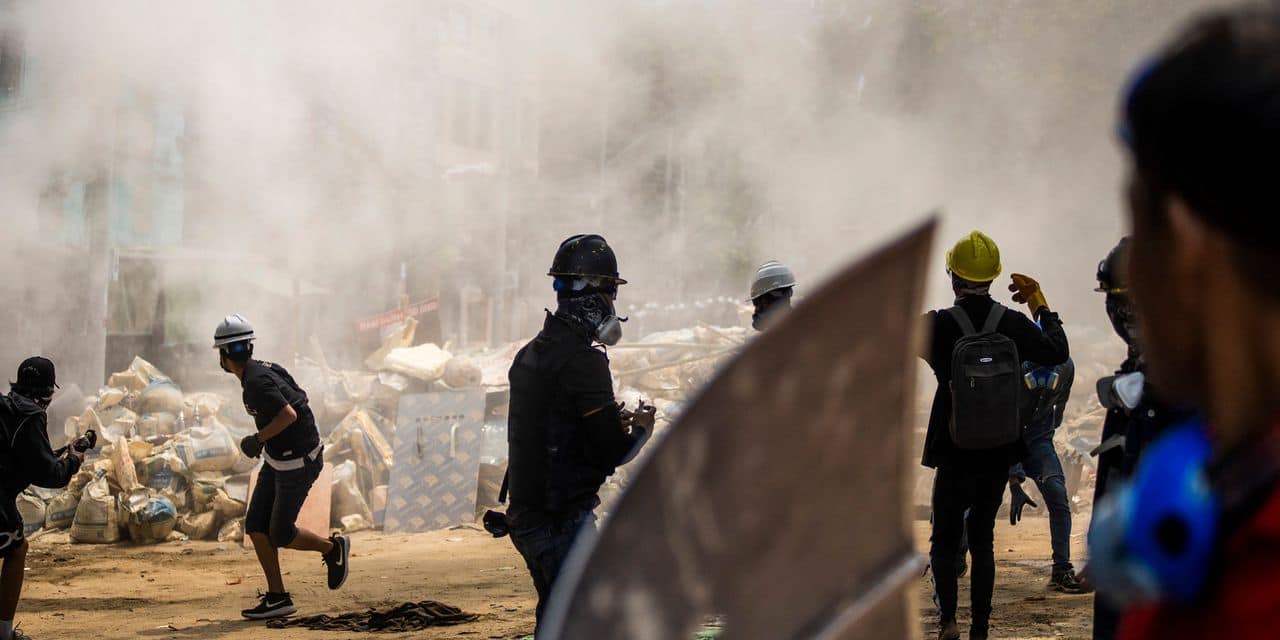 In Yangon, the economic capital, in Hlaing Tharyar commune, police and soldiers clashed with demonstrators armed with sticks and knives, who were hiding behind makeshift barricades and fled after security forces opened the door. fire.

“I can confirm that 15 have died,” a female doctor told AFP, adding that she had treated around 50 injured people and expected the death toll to rise.

According to the monitoring group of the Association for Assistance to Political Prisoners, which checks arrests and deaths since the coup, the toll is higher.

In Yangon’s Tamwe neighborhood, the evening newspaper confirmed another death, indicating that hundreds of protesters attempted to burn down a police station, prompting authorities to open fire to disperse them.

Scenes of similar chaos unfolded throughout the day in other parts of the country, with one person shot dead in the town of Hpakant in northern Burma and a woman shot dead in head to Mandalay, the country’s second largest city.

On Sunday evening, the ruling junta in Burma imposed martial law in two towns in the Yangon metropolitan area, state television reported. The junta gives “the administrative and judicial power of martial law to the regional commander of Rangoon so that he can exercise it (in the commune of Hlaing Tharyar, where clashes left at least 18 dead on Sunday, and that of Shwepyitha) ( …) in order to ensure security, to maintain the rule of law and peace more effectively, “said a news anchor.