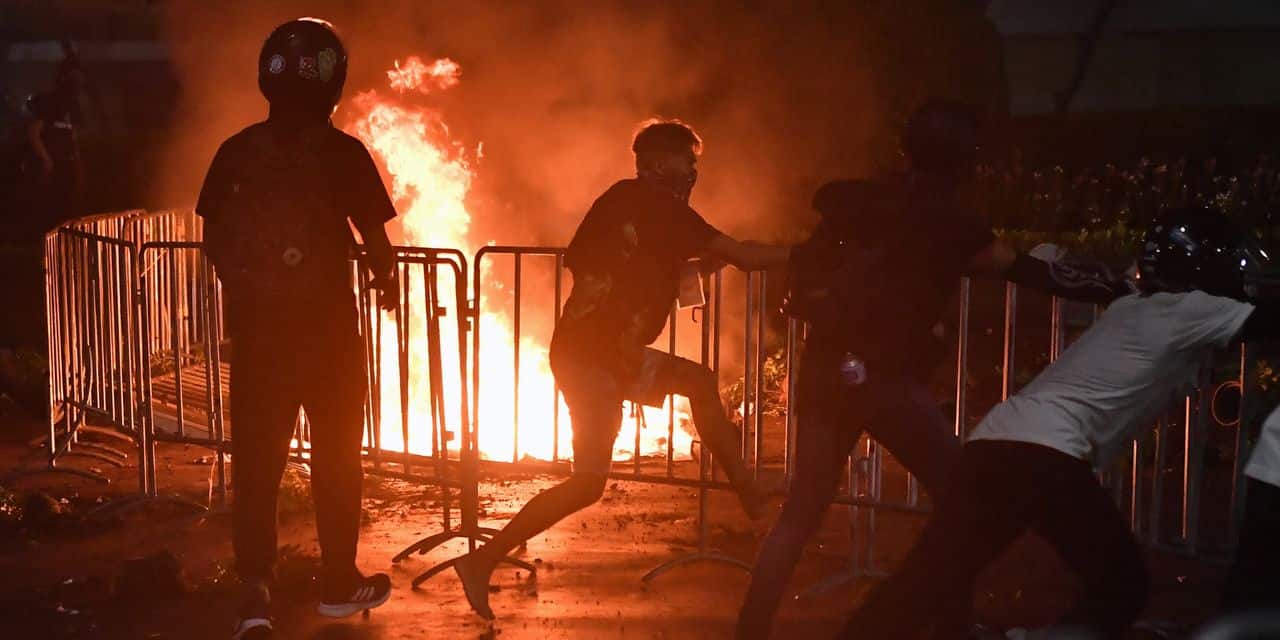 “You are breaking the law!” Police loudspeaker said as protesters used ropes to move a wall of containers placed in front of the palace to protect it.

Protesters managed to clear their way before throwing molotov cocktails at dozens of police officers who were standing a hundred meters away, supported by water-throwing devices to prevent them from approaching.

“Free our friends!” Shouted demonstrators in reference to the leaders of the pro-democracy movement arrested earlier this year. Police responded by opening fire with rubber bullets and firing tear gas.

Around 8:30 p.m. (2:30 p.m. Belgian time) only a small group of demonstrators remained in front of the police.

The police had previously raided the “Thai” publishing house in order to seize a hundred copies of the book by activist and human rights lawyer Anon Numpa, entitled “The monarchy, an institution within Thai society “.

“The next step is to call in experts to see if the book breaks the law,” Police Major Trirong Prasopmongkol told AFP. “This descent was linked to the demonstration since demonstrators had announced on social networks that they would distribute these books,” he added.

Protesters responded by putting the book online and calling on supporters to print and read it during the protest.

Some 3,000 police officers had been deployed in Bangkok, according to media reports.

Since last summer, a sling wind has shaken the kingdom with demonstrations that have brought together tens of thousands of people in the capital at the height of the protests, between July and December 2020.

They resumed after the indictment in February for lese majesty of four leaders of the movement who are regularly refused release on bail.

The two main figures of the movement, Parit Chiwarak, also known as Penguin, and Anon Numpa, are among these four activists.

At least 57 other demonstrators, including three minors, are charged under the lèse majesté legislation.