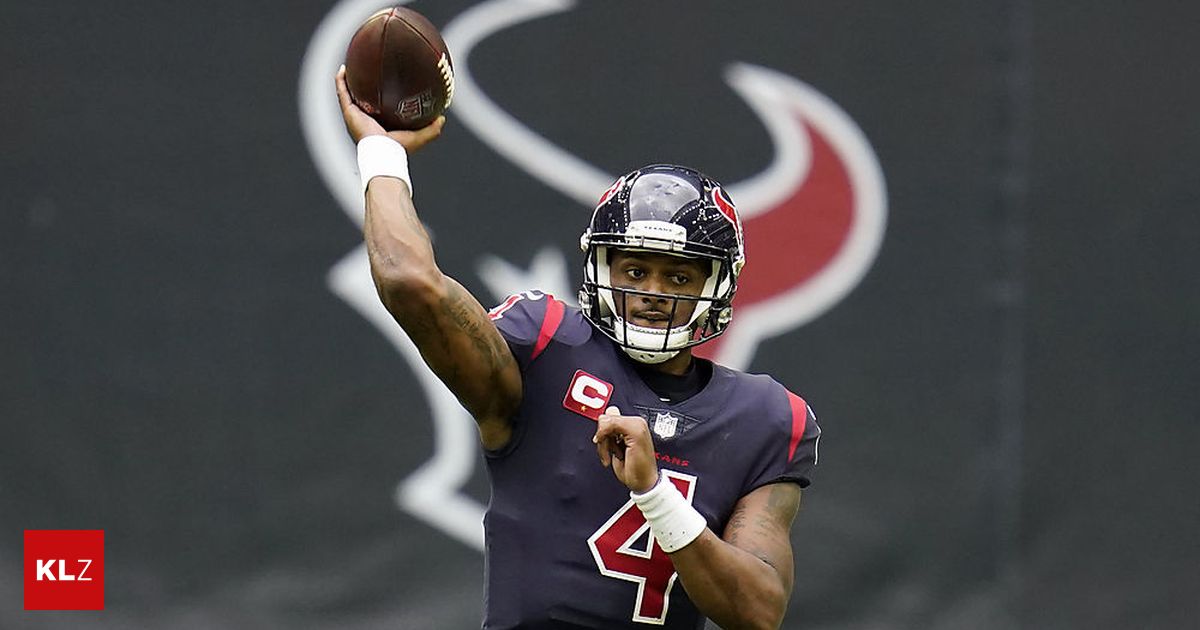 NFL quarterback Deshaun Watson the Houston Texans were sued Monday on six other sexual harassment and assault charges. There are now a total of 13 women who blame the 25-year-old football professional. Watson had denied any wrongdoing prior to the publication of the first lawsuit last week and has not commented on it since.

In all cases, he allegedly took advantage of private massages, stripped himself naked and verbally encouraged women to engage in sexual acts. Forced oral sex is said to have occurred in at least one case.

“I have never treated a woman with anything other than the greatest respect,” Watson wrote in a statement on Twitter last week. According to his own statements, he had not yet seen the indictment at the time. According to a complaint, there should have been an abuse case this month.

The NFL and his team announced, according to the US media, that they were aware of the allegations. Watson had made his wish to move to another team public before the allegations became known.