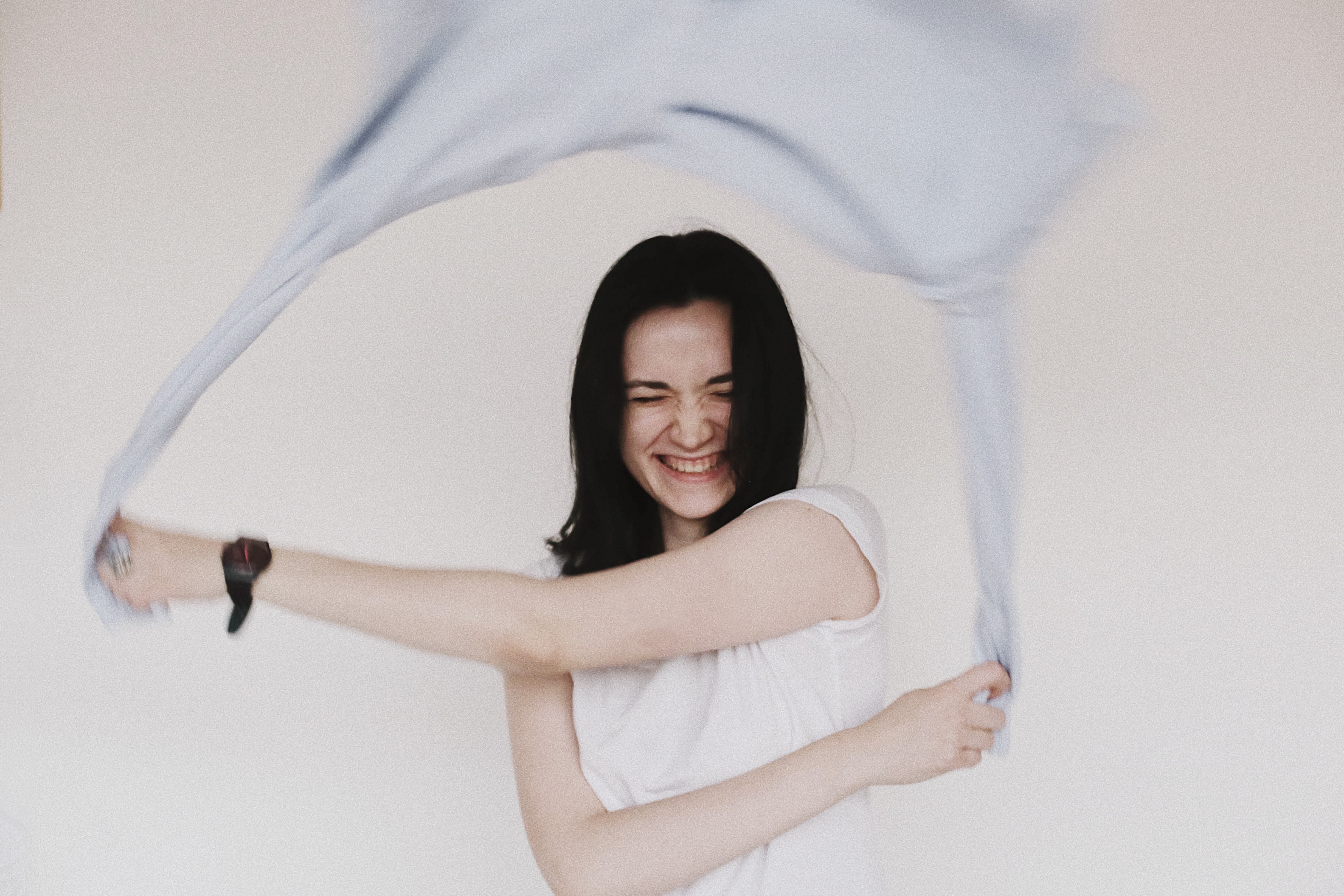 Norwegian Cruise Line’s SS Norway was one of the great old ships that I had always wanted to travel on. Her seven-day cruise was over Thanksgiving from Miami to the Caribbean. She was on a Big Band cruise with dance hosts and four well known swing bands from the past. Perfect: I like old jazz and big band music and I love to dance, but often I don’t have a good dance partner. I signed up.

You felt the great tradition as soon as you stepped on board. Norway still retained a style and grace reminiscent of previous cruisers. The ship has been refurbished several times, but the Art Deco murals, hand-laid mosaic tiles, polished teak railings, and nautical antiques from cruise ships past have been carefully preserved, and as you walked across the long deck of ride you felt like you were sailing. somewhere back in time. As you dined, you knew you were dining where famous stars had dined, and you look at the murals and original artwork knowing they were there in those early days when others before you sat in this room, saw those same murals, and participated in the process. same kind of lively conversations with others as you are doing now. Later that night, you half expect Cary Grant, dapper in his tuxedo, to walk across the deck and nonchalantly lean next to you on the railing.

It takes a while to find the way. The Norway is 10 blocks long and 12 decks high. There’s an International Deck lined with boutiques and sidewalk cafes; on the Olympic Deck there is a gym with glass walls so you can exercise while contemplating the sea; on a lower deck is a decadent Roman spa offering massages, aromatherapy, body wraps, saunas, steam rooms, and an indoor pool for water exercises. On several decks there are two swimming pools, a jogging track, seven bars, six entertainment rooms, a large ballroom, a cabaret, a large casino, a nightclub, an ice cream parlor, a library, a piano bar, and a theater for premieres. and old. classic movies If you need them, there are hairdressers, laundry, dry cleaners, massage therapists and medical facilities.

Norway has 1,039 cabins, each with individually controlled air conditioning, private bathroom with shower, TV, radio and telephone. Some suites have a separate living room and bedroom, as well as a master bedroom. Most of the penthouse suites have private balconies. One night we were invited to a party in the owner’s suite. It turned out spectacular, with a wrap-around balcony, living room, bedroom, dressing room and jacuzzi. Our host, a former Illinois police officer who had won a major multi-million lottery and was celebrating. We had a less spectacular little cabin with a porthole.

The biggest job every day: choosing between the things to do. There were Broadway shows, fitness classes, dance instruction, basketball, golf driving and putting, paddleball, ping pong, shuffleboard, skeet shooting, snorkeling classes and excursions, volleyball, fashion shows, wine tasting, auctions of art, lectures, a tea for grandparents, a cocktail bar for singles and a champagne party for the newlyweds. There were not many children on board this cruise, but there was usually a youth program with a children’s playroom, activities for children and teens, and special shore excursions. How can anyone say that they would be bored on a cruise?

We left Miami late in the afternoon and activities began immediately. Some passengers immediately headed to the casino, hoping it would open when we got out of legal miles. The casino was set up for blackjack, craps, roulette, baccarat, 200 slots and a few new games I hadn’t heard of. He was happy on deck, listening to music, savoring the welcome-on-board buffet, and watching the shoreline disappear astern.

I was already glad I made this decision. I felt like a different person. Shore vacation rush doesn’t apply here. I watched the waves crashing alongside the boat and the wake behind. The air was cool. Holiday fatigue? — poof. The only bottleneck here would be the first people in line waiting to get into the dining room for another meal. The only decisions would be whether to shop on board, in port, or both, or play golf or tennis, go swimming on a quiet tropical beach, or work hard deep-sea fishing. And tonight she would have to decide whether to have conch or shrimp fritters, or freshly baked bread or blueberry muffins, or stuffed Cornish hen or grilled swordfish, or coconut meringue pie or that ‘death by chocolate’ dessert. . Or a little of each. And you’ll never have to search for a parking space!

The first night we were meeting people and the serious dancing had already started. I had never seen so many people in one place who enjoyed dancing so much and knew so much about jazz and big band music. You could stroll from one ballroom to the next, and in the middle on the international deck you could sit and talk with passengers reminiscing and comparing memories while listening to a 24-hour complimentary CD jukebox with select selections from years of recordings from jazz and big band .

Four bands played this week, alternating two each night: the Tommy Dorsey Orchestra conducted by Buddy Morrow, Si Zentner and His Orchestra, the Bob Crosby Orchestra conducted by Ed Metz Jr, and the Harry James Orchestra conducted by Art Depew. And every night at the Cafe Internationale, which happened to be my favorite place, there was the band whose drummer played background music to old Fred Astaire movies. He still played the old familiar brush drum arrangements for ‘Stepping Out with My Baby’ and ‘Top Hat and Tails’. I met the six gentlemen’s ball hosts in their navy jackets and white pants and danced my first dances.

A few days out to sea the staff began to place Christmas trees, more than 50, around all the decks. Some passengers helped put up some decorations. In the holiday spirit, the video channel featured classic Christmas movies, as well as period films, big band performances and interviews with old big band stars. We all had the Christmas spirit. But it is different here. There is no pressure.

Our first port call was St. Maarten/St. Martin. (The island is divided in two, half Dutch and half French.) The Dutch port, where we docked, was Philipsburg. On the other side is Marigot, with some French cafes by the sea. In the middle is Mullet Bay beach with lots of rock formations for great photography, swimming and exploring. There is duty-free shopping on both sides, with items ranging from inexpensive T-shirts to expensive jewelry and clothing from French and Caribbean designers. Various shore excursions were offered. In the morning we opted to go sailing on a 12-meter regatta sailboat that had competed in the America’s Cup. In the afternoon we wandered from shop to shop in the sunshine with calypso music in the background, then stopped for a cool drink on the patio of an oceanside restaurant and thought of people shopping in the crowd back home.

The next stop was St. John, the US Virgin Islands which is a protected national park. There are empty beaches there and excellent hiking trails. We chose to sail again, while others chose to hit the beach, tour the island on a safari bus, or go on one of several snorkeling or scuba dives. Our sailboat took us to St. Thomas, where we caught up with the ship. Most people went into town to do some duty free shopping so that their Christmas shopping would be ready when they got home. Others headed to Magen’s Bay, the most popular beach in the area. Another group snorkeled the protected reefs of Buck Island, where underwater hand-feeding the fish is a highlight, and others observed the corals and marine life on the Atlantis submarine. We got back on board with plenty of time to rest and shower before dinner, and more big band music and dancing.

I have three wonderful memories of the second formal night. One was the group of musicians sitting around the CD jukebox, playing old stuff and reminiscing. “That’s Major Holley on bass, with Slam Stewart, one of those wonderful moments they played together.” “Who is the drummer?” “He Sounds Like Oliver Jackson.” “Right. Remember the night…” I sat up and listened, smiling, happy to be a part of it.

The second memory was the scene at 1 am in the main ballroom. Some of the older people slept sitting on the side benches, too tired to continue dancing, but too stubborn to give up the good music.

It was after 2 am when I returned to my cabin, taking my usual walk in front of the CD machine to breathe in the sea air before going to bed. The musicians they remembered were gone, but an old couple was there, thin and tiny in their formal clothes, holding each other, lost in memory, dancing to an old Tommy Dorsey tune. I had tears in my eyes as I walked back to my cabin.

The next day was a beach day on a small island in the Bahamas: Great Stirrup Cay. I used to live in the Bahamas on one of the outer islands so it was wonderful to be back in the clear turquoise waters of the Bahamas. I walked along the beach and remembered my five years living on the islands.

Within seven days, the ship was resplendent with decorations, ready for the Christmas and New Years cruise. They were already completely full. But, I thought, I can sign up for next year. But time escaped her and now she will sail no more.

HISTORY OF THE NORWEGIAN SS

Norway was christened SS France in 1960. Length: 1,035 feet, the longest passenger ship ever built. Along with Cunard’s Queen Mary and Queen Elizabeth, she was one of the large luxury ships that regularly crossed the Atlantic Ocean.

But faster and cheaper jets arrived, passenger traffic became unprofitable, and travel stopped in 1974. The France languished for several years in the port of Le Havre until the industry pioneer cruise ship, Knut U. Kloster bought her for $18 million for his Norwegian Caribbean Line (today known as Norwegian Cruise Line) and renamed her SS Norway. Over the next 10 months, some 2,000 workers renovated the ship at a cost of $100 million.

She began her new life in the Caribbean, sailing her first seven-day Caribbean cruise on June 1, 1980 from Miami, her new home port, with an international crew of 800 from some 40 nations. In 1990 he returned once more to the shipyard, this time for a $40 million redevelopment that included a 6,000-square-foot Roman spa with fitness, health, and beauty programs, and two glass-enclosed decks with luxury cabins, including two with floor to floor. ceiling windows, wraparound balconies and ocean view Jacuzzis. In 1993, the ship underwent a $23 million 5,000-square-foot casino remodel and renovation featuring an Art Deco theme with mirrors, etchings, and stained glass recalling the ship’s legendary past.

Its future was unknown for a long time, but now it’s headed for scrap.