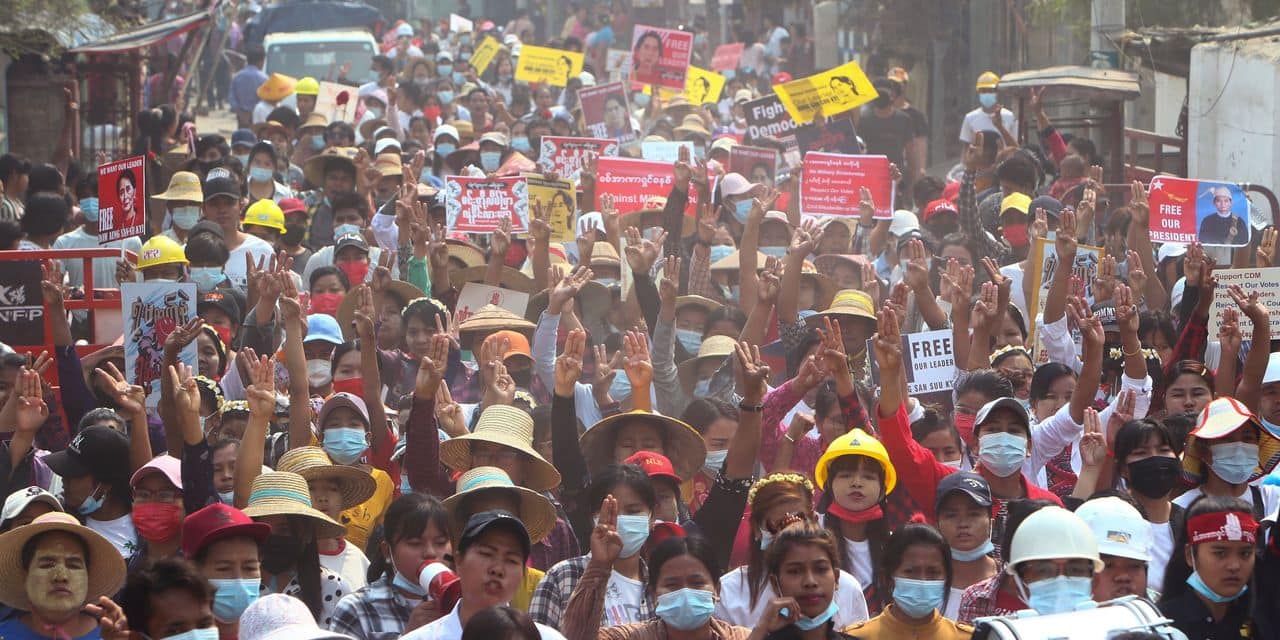 Hundreds of demonstrators have been surrounded since nightfall Monday by security forces in an area of ​​Yangon, the economic capital of Burma, the UN warned, while three protesters opposed to the junta were killed in the hours before.

At around 10 p.m. local time, the police started shooting and making arrests, the UN High Commissioner for Human Rights said on Twitter.

The protesters are cornered in the Sanchaung district, where many rallies have taken place in recent days.

“I just escaped from Sanchaung. Many young people are still blocked by the police and the army,” said Maung Saungkha, one of the protagonists of the protest, calling for “help” the international community.

The Secretary General of the United Nations, Antonio Guterres, for his part urged “maximum restraint” and “the release” of “hundreds of demonstrators barricaded in apartment complexes”, “without violence or arrests” , said his spokesperson.

Among them are many Burmese who “intended to demonstrate peacefully to celebrate International Women’s Day,” said Stéphane Dujarric.

According to information available to the Office of the High Commissioner for Human Rights, residents of Rangoon were heading towards the Sanchaung neighborhood to pressure the police and force them to let everyone leave the area.

They defied the curfew and chanted: “Free the students of Sanchaung!” AFP journalists confirmed.

The European Union representation in Burma has also called on the security forces to allow the demonstrators to “return home to safety”, as have the embassies of the United States and the United Kingdom, the former colonial power. .

Images broadcast by Myitkyina (center) on social media showed protesters inanimate and covered in blood, one of them lying face down, part of his skull torn off.

A Catholic nun in a white dress, knelt in the street, begging the police not to shoot.

“We are the first newsroom attacked by the regime. We work in fear, but the raid on our office confirms that the junta will have no tolerance for reporting on its crimes,” he said.

The media’s publication license was later revoked by order of the Ministry of Information, which did the same for other independent media outlets (Mizzima, DVB, Khit Thit and 7 Day), the TV channel said. State MRTV.

Civil servants, farmers and private sector workers took to the streets in droves on Monday, in response to the call by the main unions to intensify the general strike to paralyze Burma.

Textile factories, a booming sector before the February 1 coup, shops and banks have remained closed.

The junta, for its part, warned officials: those who did not return to work from Monday will be sacked.

Calls to strike, launched in the first hours after the putsch, have already had a significant impact on a series of economic sectors with empty ministerial offices and incapacitated banks.

Security forces were deployed in Yangon on Sunday evening and carried out operations to take control of several public hospitals in the city.

The NGO Physicians for Human Rights condemned the occupation of these establishments, saying they were “dismayed by this latest wave of violence”.

State media have confirmed the military takeover of these hospitals.

More than 50 protesters have been killed since the coup to overthrow the 1991 Nobel Peace Prize winner, the UN reported last week.

Local officials, journalists, activists, artists, hundreds of people have also been arrested since the putsch.

The UN Security Council failed on Friday to agree on a joint statement and negotiations are due to continue this week.