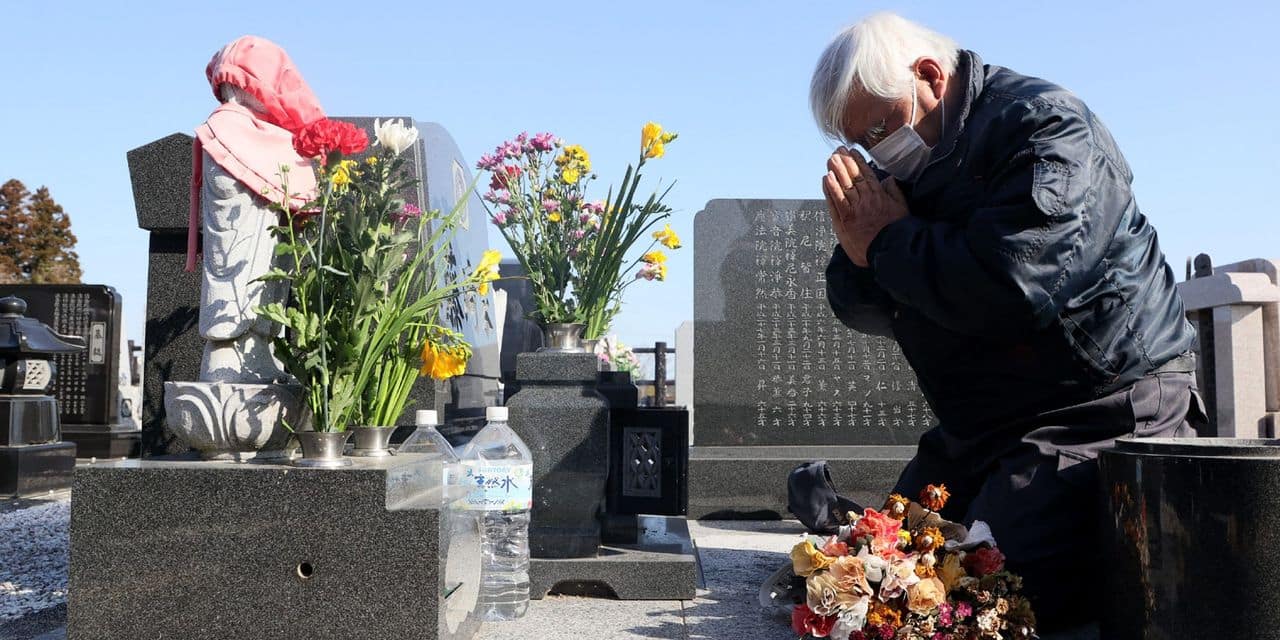 At 2:46 p.m. (6:46 a.m.B), the time the earthquake struck in 2011, a minute of silence was observed across Japan, followed in Tokyo by a ceremony in which Emperor Naruhito and Prime Minister Yoshihide Suga spoke. .

The heavy human toll of nearly 18,500 dead or missing was caused mainly by a gigantic tsunami, whose waves as high as buildings fell on the coast of northeastern Japan shortly after the magnitude 9.0 earthquake.

The ensuing nuclear accident at the flood-swamped Fukushima Daiichi power plant, where the cores of three of the six reactors melted, left entire cities uninhabitable for years from radiation and forced dozens of thousands of people to leave.

It was the worst nuclear accident since that of Chernobyl (Ukraine) in 1986.

“The magnitude of the damage caused by the disaster runs so deep that the unforgettable memory of the tragedy lingers in my mind,” the emperor said.

“Our nation has lived through several disasters that can be considered national crises” but “our predecessors have overcome each crisis with courage and hope”, recalled for his part Mr. Suga, assuring that Japan would “always look towards the future. before”.

Public and private tributes were held throughout the day in northeastern Japan, such as in Hisanohama, in the coastal town of Iwaki (Fukushima county), where 78-year-old Toshio Kumaki prayed at sunrise. day on the concrete anti-tsunami wall built after 2011.

“I come for a walk here every morning, but today is a special day,” he said, praying towards the rising sun.

In Miyagi, one of the three most damaged departments in the northeast, search operations have been organized by residents who still hope to find a loved one.

The remains of a woman swept away by the tsunami ten years ago were identified last week, freeing her son from excruciating uncertainty and allowing him, at last, to mourn.

On February 13, a 7.3 magnitude earthquake reminded us of the permanent seismic risks off Japan. More than a hundred people were injured in this earthquake, considered a distant replica of that of 2011.

These commemorations took place just two weeks before the scheduled departure, in Fukushima, of the Olympic torch relay for the Tokyo 2020 Olympics, called the “Reconstruction Games”.

The shadow of the pandemic hangs over the event, postponed until this year, but the Japanese government and organizers hope that the relay will refocus attention on this bruised region.